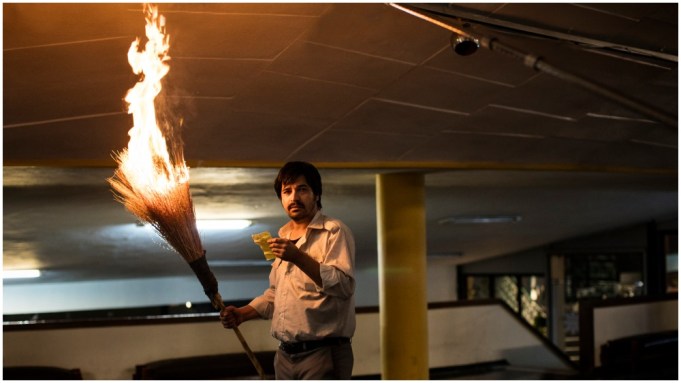 Damned will distribute in France, overseas territories administered by France, Monaco and Andorra.

Set 40 years ago, during the uprising to overthrow the Shah’s regime in Iran, the film follows protestors who set fire to movie theaters as a way of showing opposition to Western culture. In one tragic case, a theater was set on fire with 400 people inside, most of whom were burned alive. Forty years hence, in contemporary Iran, four individuals also decide to burn a cinema down. Their intended target is a theater showing a film about an unearthed, unexploded missile.

“We are thrilled to have this deal sealed especially at a time where physically going to a cinema theater encounters a feeling of danger and uneasiness,” said Dreamlab’s Nasrine Medard de Chardon. “It’s however important and has become nowadays an act of strong faith in film culture. It echoes with the scenes in ‘Careless Crime,’ which embraces the real experience of what cinema is about.”

“A thoughtless criminal act attempts to recreate significant historical events. But this movie does not try to re-enact history; rather it’s about cinema itself,” said Mokri in his director’s statement.

The deal was negotiated by de Chardon with Damned’s Yohann Cornu.