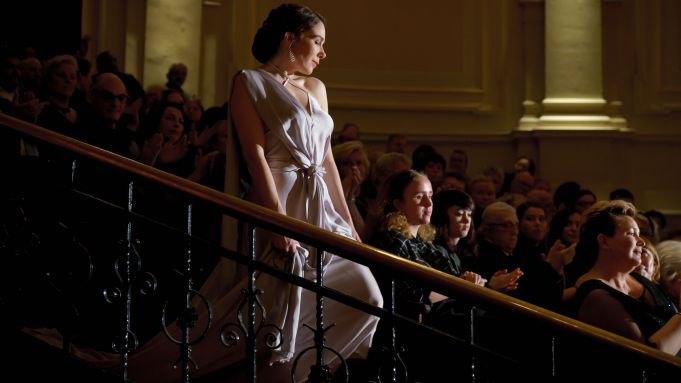 Federation Entertainment has acquired international distribution rights to “Red Light,” a women-driven series created by Carice van Houten (“Game of Thrones”) and Halina Reijn (‘Instinct’) which will world premiere in competition at the third edition of Canneseries.

The 10-part Belgian/Dutch co-production, “Red Light” portrays three women (van Houten, Reijn and Maaike Neuville, “The Twelve”) with completely different backgrounds who get caught up in a world of human trafficking, prostitution and exploitation between Amsterdam and Antwerp. Sylvia, a prostitute, runs a brothel with her shady boyfriend, Esther is a well known soprano and comes from a wealthy environment and Evi is a policewoman trying to combine a major case with her family life.

“We have a mission to tell stories from a female perspective. ‘Red Light’ is exactly that: a story about women, sexuality and power but with enormous urgency,” said van Houten and Reijn.

“We’re very proud that, after a wonderful development and shoot with the whole team, we can now unleash the first two episodes to a live and online audience in Cannes,” added the creative duo.

The show was produced by Peter Bouckaert and Gunter Schmid for Eyeworks Belgium and Nelsje Musch-Elzinga, Mark Furstner and Erwin Godschalk for Hollands Licht in the Netherlands, in co-production with VTM and BNNVARA, in collaboration with Man Up Film.

“Red Light” is one of the several ambitious series from Benelux handled by Federation Entertainment, along with “Undercover,” a thriller show produced by De Mensen, “The Twelve,” a psychological thriller produced by Eyeworks, and “Amsterdam Vice,” a series set against the backdrop of the tumultuous 1980’s coronation riots, produced by Millstreet Filmy.

The third edition of Canneseries, which unveiled its lineup today (Tuesday), will take place Oct. 9 – 14.