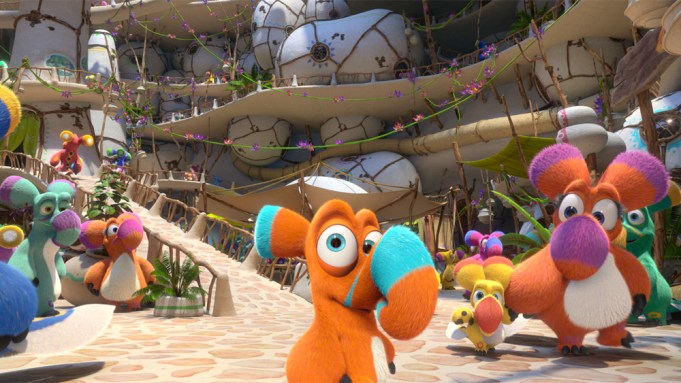 Munich-based sales agent Global Screen has sold 3D animated movie “OOOPS — The Adventure Continues,” which has its market premiere at Cannes’ online market, to multiple territories. Variety has been given exclusive access to the film’s trailer.

The film is the follow-up to “OOOPS Noah Is Gone,” which was the most successful German production in 2016 at the box office, with a worldwide gross of $28 million.

The film’s German distributor is Telepool, Global Screen’s parent company. The German release is on Sept. 24.

The film, directed by Toby Genkel and Sean McCormack, centers on Finny, a young Nestrian, and his best friend Leah, a Grymp, who accidentally fall out of Noah’s Ark and are swept out to sea. While Finny finds a whole colony of Nestrians under water, Leah lands on a beautiful island. If only the newfound land wouldn’t shake so often and smoke from the mountain top.