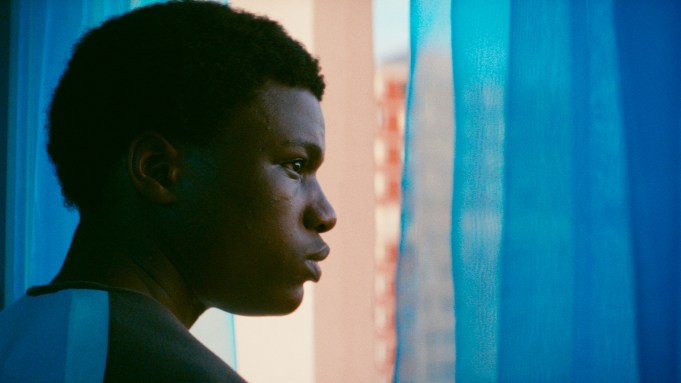 Paris-based sales company Totem Films has unveiled a teaser for “Gagarine,” a feature debut by Fanny Liatard and Jeremy Trouilh which is part of Cannes’ Official Selection.

The movie tells the story of Youri, a French teenager who has lived all his life in Gagarine Cité, a huge, red-brick housing project on the outskirts of Paris. When Youri finds out about plans to demolish his community’s home, he joins his friends Diana and Houssam on a mission to save Gagarine. As he dreams of becoming an astronaut, he sets off to transform the estate into his own “starship” – before it disappears into space forever.

The directors said in the press notes that the real-life housing project played a significant role in the story and was also a source of inspiration for the film’s protagonist.

“Youri was raised there and developed an imagination the equal of the massive highrise. The prospect of its disappearance means, for him, the death of his childhood memories and dreams,” said Trouilh.

Liatard said the pair wanted, through the film, “to give a positive vision of a place and generation that are often caricatured.” Youri, the hero of the film, is also inspired to become an austronaut by Yuri Gagarin, the first man in space who visited the projet when it was inaugurated in the sixties.

Aside from its realistic backdrop, the film also has a magical dimension. “(It) allows us to approach reality and its violence from another angle. What Youri is experiencing is tough. He symbolizes excluded youth, hurt by that abandonment, and withdrawing in on itself,” said Trouilh, who previously directed with Liatard the 2015 short film “Gagarine” following a similar storyline.

In a video interview (featured below) Cannes’ chief Thierry Fremaux described “Gagarine” as a “pretty masterful first film… with a singularity, an originality which made it impossible to categorize.”

“Although it is a very unusual film and a very French film, it’s in Cannes because it has universal appeal,” said Frémaux, who added that he liked the depiction of the project as a place full of live.

“I’m from Les Minguettes projects, and the people of Cité Gagarine are our Parisian cousins. We see the demolition. I’d like to point out that the first demolitions were in my home town, Vénissieux. There’s this attachment to a neighborhood where the young, like the characters in the film, invent parallel lives for themselves,” said Fremaux.

The artistic director drew a parallel with “Les Misérables” which “portrayed deprived suburbs,” and said while “Gagarine” did so in completely different way, the film has the “same force, the same originality, the same peaceful, serene character.”