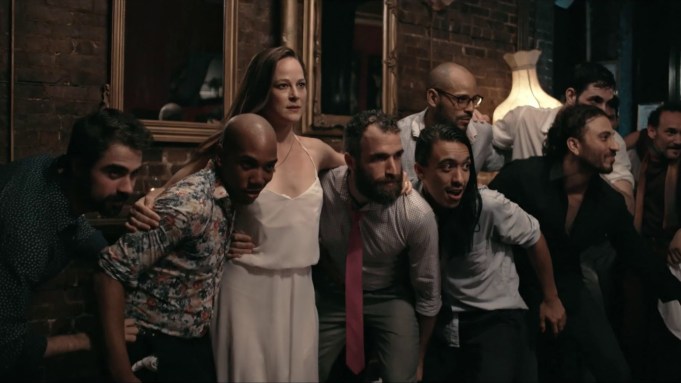 An exploration of gender identity and self-expression through body language, “Aviva,” shot on location in Paris and New York and revolves around a pair of transatlantic lovers, Aviva and Eden. After a long courtship they meet in person and fall in love, settling into an intimate relationship that leads to marriage, but one, as many are, laced with conflicts. The two protaganists are played by four different actors expressing both masculine and feminine sides.

Alief Film Company has closed deals with Synapse Distribution for Latin America and YES DBS for Israel, following the film’s premiere in competition at the Haifa Film Festival.

The film also played virtually at SXSW, Fantaspoa, Choreoscope Spain and Mexico editions, where it won the top prize.

“Aviva” was released virtually on in June 12 in North America by Outsider Pictures, in partnership with Strand Releasing and ROW8. The movie rolled out in over 40 arthouse venues in top markets across the U.S. and Canada. It will be released in North America on Premium TVOD on Dec. 12 and then on home video in the first quarter of 2021.

Alief Film Company is now in advanced negotiations to close the U.K. and Ireland, and is in talks with distributors in Asia, Australasia, as well as Eastern and Central Europe.

Yakin is best known for his 1994 film “Fresh” which won a prize at Sundance. “Aviva” was produced by Yakin and Carlos Zozaya for Best Friend In The World, and co-produced by Mikhael Ganouna for France’s Amicalement Vôtre.

“We are thrilled that the film has been seen by so many people in North America in its first release window, and the successful sales that are being generated in international markets,” said Alief’s head of production and distribution Miguel Angel Govea.