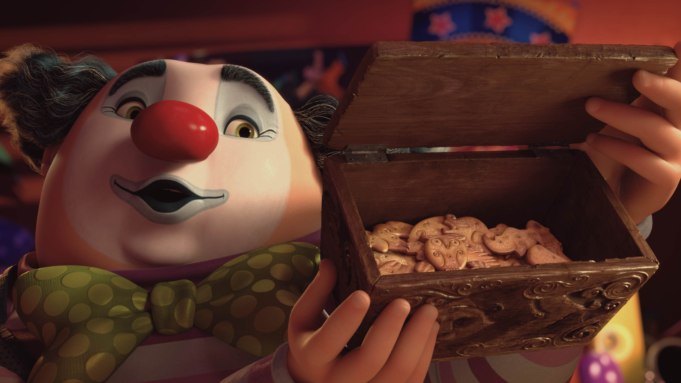 What came next could hardly have gone worse.

“(When) most people talk about making an independent movie, it’s usually the finances or actually making the film that’s the hardest thing,” Bancroft explains in a Making Of presentation at this year’s digital Annecy Intl. Animation Festival.

He goes on to say that, “Those two things that should have been the hardest possible things for us went pretty smoothly. It was actually a third thing, getting distribution, where we hit our biggest snags with ‘Animal Crackers.’”

Since the 2017 Annecy premiere, Bancroft says the film has seen a stream of lawyers, legal teams and distributors come and go. However, during that time Netflix arrived on the scene as a true global power in the animation industry, looking for cartoon content to supplement its kids and family catalog.

“After everything we’d been through it was a miracle when Netflix came onboard and saved the film,” an appreciative Sava says with clear relief in his voice. “I’m so excited to announce that it will be going worldwide on July 24, and I can’t wait for you all to watch it.”

“Animal Crackers’” origins are in Sava’s back yard, where he started telling his kids stories about magical crackers which turn people into the represented animal when eaten. That became the basis of a graphic novel about a boy and girl who go to the circus and get a box of magical animal crackers to rescue the animals from the circus, and from there the feature film.

The film features an all-star voice cast including John Krasinski, Emily Blunt, Danny DeVito, Ian McKellen among others, with characters designed by industry stalwart Carter Goodrich, who makes a brief cameo in the Annecy presentation.

“Clowns are interesting in that they’re pretty horrific to everybody. I think our job one was not to let them be horrific, so I was trying to stay away from that if I could. I’m not sure if I succeeded,” he jokes of his involvement.

Sava wrote the script with Emmy-nominated screenwriter Dean Lorey (“Arrested Development”), which Bancroft credits as one key to the film’s appeal.

“It’s a very family-based story… about sticking together as a family to accomplish something great and save this circus. There is a real value to what you wrote that resonated with people,” he praises.

In the film, a family must use a magical box of animal crackers to save a run-down circus from being taken over by their evil uncle, while deciding what future they want for themselves.

In addition to the Making Of presentation, Bancroft and Sava will host a live Q&A panel on the festival’s platform June 17 at 9 a.m. Pacific Time.