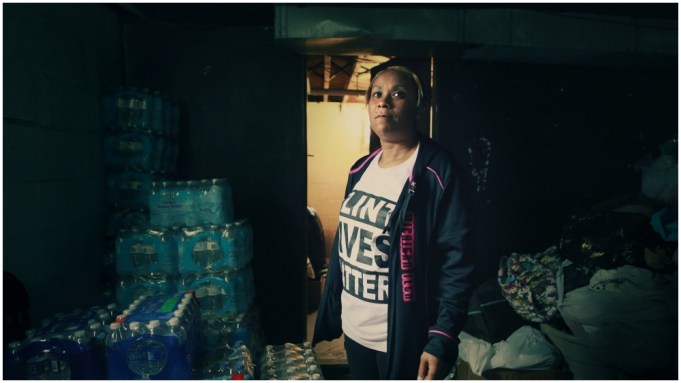 U.S. documentary specialists Cargo Film & Releasing have snapped up world rights to an Alec Baldwin-narrated feature documentary investigating the water poisoning crisis in Flint, Michigan. (Watch an exclusive clip for the film above.)

Directed by British “You’ve Been Trumped” filmmaker Anthony Baxter, and co-produced with the BBC, the film, which is being shopped to buyers virtually attending the Cannes market, is billed as the untold story of what happened to Flint after news coverage of the scandal died down. Flint was made famous by documentarian Michael Moore, who grew up there and featured the city’s journey with General Motors in his critically acclaimed film “Roger & Me.”

Flint’s troubles began in 2011 after the state took control of its finances following a major deficit. To cut costs, the city announced a new pipeline to deliver its water, but when that project was delayed, Flint River became a provisional water source. Residents soon reported changes in the taste and texture of their water, with testing later revealing dangerous levels of lead that had leaked into the water supply. Around 70 are believed to have died as a result.

The film follows the ongoing legal battle for residents to receive compensation for the financial, medical and psychological impact of lead poisoning. It will also touch on the racial elements of the scandal, best evidenced by a Michigan Government report, which concluded that “systemic racism” helped to cause the Flint water crisis.

The film’s release follows a January U.S. Supreme Court ruling that allows Flint residents to file a civil rights lawsuit against government officials for the disaster. All criminal charges have so far been dropped against State officials, including manslaughter charges against Michigan’s two top health officials.

According to a survey of Flint households, 90% of residents still use bottled water to drink and bathe.

“Flint” is produced by Montrose Pictures, with the support of Screen Scotland, BBC Scotland and El Dorado Pictures. The original film score is from “Doctor Who” theme composer Dominic Glynn.

“There could not be a more important film for the times we are living in,” said Cargo president David Piperni. “’Flint’ shows the devastating consequences of racial injustice, and what happens when there is a complete breakdown of trust in authority.”

After premiering at the Glasgow Film Festival in February, “Flint” had its international festival run cut short by COVID-19. Filmmaker Baxter said the pandemic has “brought home how much we rely on trust — in science and in the authorities — to keep us safe. In Flint, that trust has broken down completely, and the consequences are horrifying. It is vital that Flint’s voices are still heard, but also that we all learn lessons from their experience.”