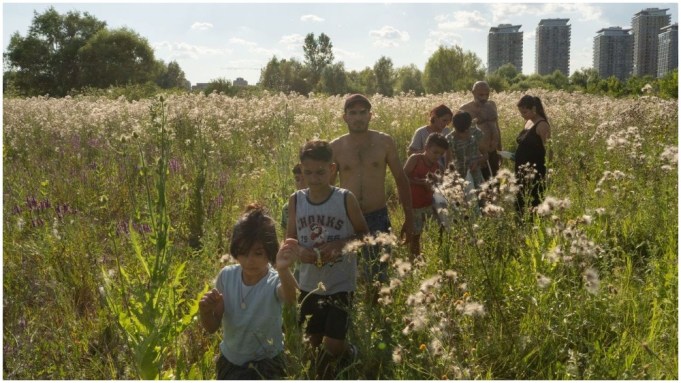 Zeitgeist Films, in association with Kino Lorber, have swooped for all North American rights to Sundance award winner “Acasa, My Home.”

The film, which in January picked up the Special Jury Award for cinematography in the World Cinema Documentary category at Sundance, has been selected for more than 60 festivals around the world, and is a recent documentary contender in the European Film Awards.

The film tells the story of a Romanian family with nine children that lived fully off-grid in the wilderness of the Bucharest Delta, in harmony with nature. However, when the land becomes a public park, they are evicted and forced to adapt to the big city, where they must fight for acceptance.

“Acasa, My Home” is directed by Radu Ciorniciuc and produced by Monica Lăzurean-Gorgan (“Chuck Norris vs Communism,” “Touch Me Not”) for Manifest Film in collaboration with HBO Europe, Corso Film and Kino Company.

The film — which has been sold internationally by Autlook Filmsales — will be released in January, followed by a digital release on Kino Now and home video.

Zeitgeist co-presidents Nancy Gerstman and Emily Russo said, “We were struck by the beauty of this film which shares this poignant and heartbreaking story with such insight and measured observance. We are confident this is the type of story that will be of great interest to North American audiences as we try to better understand the wider world we are all a part of.”

Kino Lorber will qualify the film for awards consideration in collaboration with Zeitgeist Films.

The companies, both reputed stateside for distributing arthouse and international films, struck a multi-year strategic alliance back in 2017. The deal for “Acasa, My Home” was negotiated by Kino Lorber senior vice president Wendy Lidell and Autlook Filmsales managing director Salma Abdalla on behalf of the filmmaker and producer.