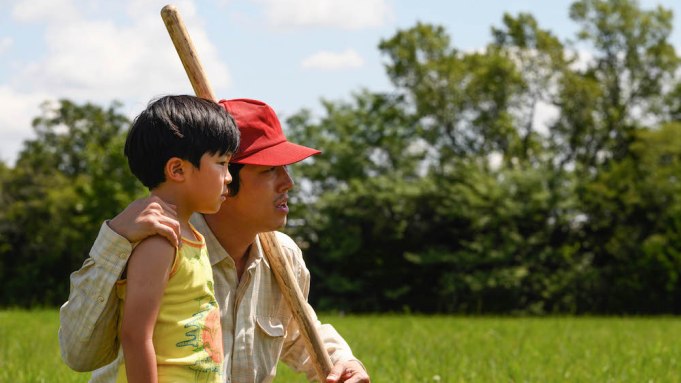 The Sundance Film Festival concluded with the announcement of its grand jury awards, honoring Lee Isaac Chung’s “Minari,” a semi-autobiographical glimpse into the Korean American director’s Arkansas upbringing, and “Boys State,” an immersive vérité look at an impassioned class of politically inclined Texas teens who participate in an annual mock-government competition.

Ethan Hawke and his fellow U.S. dramatic competition jurors Wash Westmoreland and Rodrigo Garcia gave the directing prize to Radha Blank for her “The 40-Year-Old Version.”

Caught off-guard by the award, Blank riffed, “Anybody who feels there’s an expiration on a passion, f— that shit. If it’s in you to be a rapper, a parent, a director in your 40s, do that sh–.” Many of the night’s speeches reflected similar attitudes, as directors who’d confronted discrimination in order to make their films shared their experiences from the podium.

The U.S. dramatic jury also named four special awards. They spotlighted the ensemble cast of “Charm City Kings,” about the dirt-bike riders who do dangerous stunts on Baltimore city streets. They honored Eliza Hittman director of abortion-themed “Never Rarely Sometimes Always,” for its Neorealism. Josephine Decker accepted an “auteur award” for “Shirley,” sharing the prize with her cast and crew — and subject Shirley Jackson, “who is the true auteur of this film.”

The Waldo Salt screenwriting award went to Edson Oda for “Nine Days,” a conceptual drama in which new souls audition for a shot to live on earth.

In the U.S. documentary competition, directing honors went to Garrett Bradley for “Time,” a look at a family torn apart by a 60-year prison sentence, told through more than 20 years worth of footage. Bradley connected to her subject, Fox Rich, by Facetime from the stage.

A fourth special mention went to Kirsten Johnson’s “Dick Johnson Is Dead” (for innovation in nonfiction storytelling). As Johnson put it, “I’ve been a part of this community for a long time, and it’s just so amazing who comes up on this stage that didn’t used to come up on this stage.”

Audience awards in the U.S. categories went to “Minari” and Obama-backed documentary “Crip Camp,” a decades-spanning look at the disability rights movement, tracing its roots to a summer camp where many of the activists first connected.

The World Cinema dramatic section gave its grand jury award to “Yalda, a Night for Forgiveness.” Directing honors went to “Cuties” helmer Maïmouna Doucouré. Addressing the doubters who questioned whether her femininity might be an obstacle to making the film, Doucouré said, “I want to say I’m here more feminine than ever, and I’ve just won this wonderful prize at Sundance with my first film. As Oprah Winfrey says, ‘You become what you believe.’ Ladies, just believe, and we will become.”

Ben Whishaw won a special mention for acting for “Surge,” while a screenplay mention went to “Identifying Features” writers Fernanda Valadez and Astrid Rondero; the film also earned the category’s audience prize. Lemohang Jeremiah Mosese’s “This Is Not a Burial, It’s a Resurrection” — the first film from Lesotho to be shown abroad — earned a “visionary filmmaking” mention.

In the World Cinema documentary category, the jury honored Oscar nominee Hubert Sauper’s Cuba-set “Epicentro” with its top prize. The directing award went to Iryna Tsilyk for “The Earth is Blue as an Orange,” about a family trying to survive the conflict in Ukraine. A trio of special jury awards recognized Kenyan film “Softie” (for editing), “Acasa, My Home” (for cinematography) and “The Painter and the Thief” (for creative storytelling). “The Reason I Jump” won the section’s audience prize.

The Next category gives two prizes. Both the Next Innovator award, presented by Gregg Araki, and the audience prize went to documentary helmer Heidi Ewing’s narrative debut, “I Carry You With Me,” which blends nonfiction and reenactment to tell the story of a gay immigrant couple from Mexico cut off from their families back home.

“I’m a white woman from Detroit City who made a film in Spanish about Mexican men, and I feel lucky that the cast and crew … helped me get it right,” Ewing said in her speech. ”It’s what should be happening, right? We should be co-producing, co-living, talking to each other, and this was so beautiful. We did it together.”

Stars were in relatively short supply at this year’s Sundance, where films with Angelina Jolie, Benedict Cumberbatch and Michael Keaton premiered without those actors in attendance. Fortunately for the festival, Viggo Mortensen — whose directorial debut, “Falling,” screened the night before — kicked off the awards show by introducing Oklahoma City band Skating Polly.

“As a Brit, going through Brexit yesterday, I felt something a little like grief, like I’d lost a whole continent. But today,” Jackson said, “I feel like I’ve gained a whole world.”

Special Jury Award for Visionary Filmmaking: Lemohang Jeremiah Mosese, “This Is Not a Burial, It’s a Resurrection”

Audience Award: “The Reason I Jump”

Directing Award: Iryna Tsilyk, “The Earth is Blue as an Orange”

Special Jury Award for Creative Storytelling: Benjamin Ree, “The Painter and the Thief”

NEXT Audience Award: “I Carry You With Me”

NEXT Innovator Award: “I Carry You With Me”