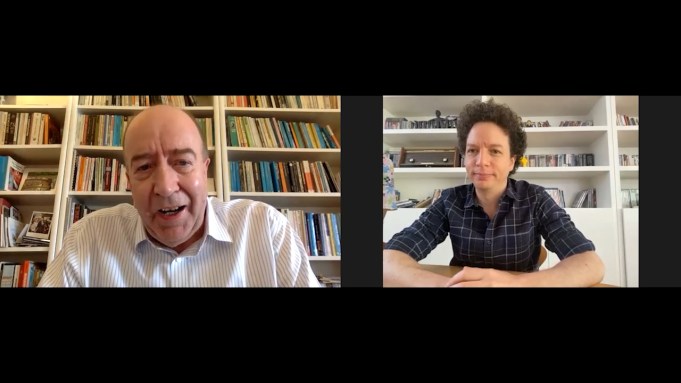 Teasing through-lines in a career that has made him one of the most laureled of Latin American directors, Franco also used the masterclass to talk, often with refreshing candor, about the game-changing impact of Tim Roth on his career, directors’ necessity for reassurance, and his need to produce his own movies.

A recipient of a Heart of Sarajevo Award at this year festival, Franco has risen rapidly to prominence after releasing debut feature “Daniel & Ana” in 2009, making intimate and intense movies turning on the victims of trauma – high-school bullying in 2012’s “After Lucia,” the death of an infant son in 2015’s “Chronic” – which they mull over alone, unable to talk about their anguish to other people. The lack of communication, Franco recognized, is a grand theme of his early work.

“I remember that when we were shooting ‘Chronic’ six years ago, Tim Roth and I would talk about the world and how it seemed to be going wrong: Totalitarian governments everywhere, the rise of the far right and the military,” Franco recalled.

Having decided that he wanted to make a film on the issue, and set it in his native Mexico, “it seemed impossible to do an intimate movie,” Franco added. “To be fair to the subject matter it was important to shoot it on a larger scale.”

The end result, a near-future dystopia survival thriller that world premieres at Venice on Sept. 10, is an VFX-laden movie, with big crowd scenes, 3,000 extras, and eight lead roles.

“It’s a kind of a miracle that we pulled it off,” said Franco.

But Franco likes taking risks. “You’ve got to be willing to fail many times,” he said, when asked to give one piece of advice to young filmmakers.

He was himself only 34 when he took one of the biggest risks of his own career, setting off to make a movie in the U.S., “Chronic,” which, rather than capitalizing on Roth’s renown to mark a move to the mainstream, went the other way, becoming the most demanding movie Franco had made to date. Casting Roth as a home care nurse, “Chronic” records in unflinching, dispassionate detail, via fixed camera sequence shots which could last several minutes, the nurse’s daily work as he accompanies, feeds and cleans terminally ill patients. These suffer all the collateral of their illnesses – AIDS, cancer, a stroke.

To research his role in “Chronic,” Roth worked for months as a real caregiver’s assistant. “He would often call me during these research months and tell me: ‘Today something very interesting happened. I experienced such a thing, observed this.’ I would write that into the script if it was helpful,” Franco said.

On “Chronic,” the Mexican director’s major worry, when shooting in the U.S., was loosing creative control. “Tim would show every other actor and every other player on the movie that they had to follow me. Tim was very strong in that way,” said Franco.

Above all, what Roth gave Franco was confidence, Franco argued. His masterclass painted, indeed, a remarkably honest portrait of a cineaste who told the masterclass attendees that “with my first five movies [through to and including ‘April’s Daughter’], I was really struggling to even believe I could be a filmmaker.” A feeling of insecurity that is probably shared by far more directors than many would admit.

That’s despite winning the biggest prize at Un Certain Regard in 2012 for “After Lucia,” best screenplay in Cannes main competition for “Chronic” in 2015, then a 2017 Un Certain Jury Prize for “April’s Daughter.”

“I was questioning if I could really make a living out of filmmaking. Was that realistic? How many stories had I got to tell? How much can I explore cinematic language? Have I really got anything to say?’”

“We filmmakers, we’re like kids,” Franco confessed, only half joking. “We need to be reassured all the time. We need to feel loved and understood. It’s not easy to live around filmmakers.”

He added: “When people ask me: ‘Are you doing okay?’ my reply’s quite simple. If my current movie, the one I’m shooting, especially if it’s about to shoot, is going okay, then I’m doing fine. If it’s the opposite, no matter how good things are in life, I’m miserable.”

Franco has produced all his movies, quite simply, he commented, because most producers might have issues with the way he shoots a movie, while he needs that freedom. Franco films movies in chronological order; 20%-30% of what spectators see on the screen from his films are re-shoots, he added. Only close friends, such as fellow directors Gabriel Ripstein and Lorenzo Vigas, now his business partner at Teorema, have the patience to produce him, Franco claimed. Franco in turn produced Ripstein’s “600 Miles,” a 2015 Berlin first feature winner, and Vigas’s “From Afar,” which scooped 2015’s Venice Golden Lion.