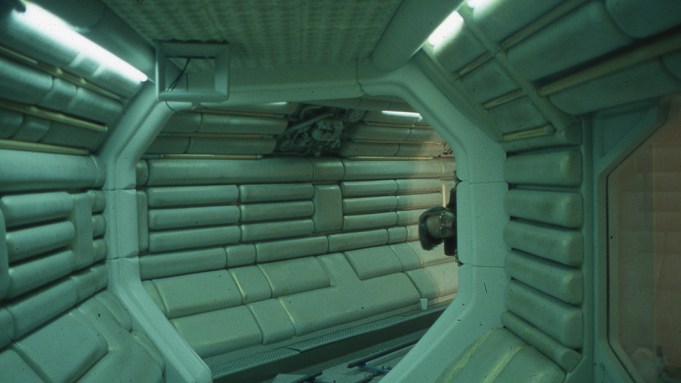 Fan-owned Legion M is launching its Film Scout mobile app at this year’s Sundance Film Festival, nine months after it bought the documentary “Memory: The Origins of Alien.”

“Not everyone can make it to Park City, but with Film Scout, now anyone in the world can be a part of what’s happening at Sundance,” said Jeff Annison, Legion M co-founder and president. “We’re giving fans a role in the process of finding and acquiring films at the festival because we know that harnessing the combined wisdom, experience, and passion of the community will allow us to make better decisions on behalf of our shareholders and industry partners.”

The launch of the Legion M Film Scout mobile app comes one year after the company debuted its Film Scout website at the 2019 Sundance Film Festival. More than 40,000 votes from Film Scouts last year led to Legion M buying “Memory: The Origins of Alien” by Alexandre O. Philippe. It partnered with Screen Media Films for distribution in October and achieved an 82% critic score and 89% audience score on Rotten Tomatoes.

“By procuring insights from fans attending festivals like Sundance, we’re listening directly to the same audience who will eventually purchase tickets to films we acquire, while providing an opportunity for our community to actively participate in our acquisition process in a fun, innovative way,” said Terri Lubaroff, Legion M chief operating officer.

Producers Lynette Howell Taylor and Stephanie Allain made the announcement Tuesday. The Oscars will air live on Feb. 9 on ABC.

“We love the tradition of having the previous year’s Oscar-winning actors on stage to celebrate the achievements of their peers and are thrilled to welcome back these four great talents,” said Howell Taylor and Allain.

Verve is expanding its book-to-screen business with the hiring of Chernin Entertainment’s Chris Lupo.

He will identify authors and journalists who control books, articles and life-rights for potential film and television adaptations. Lupo will work alongside agent Liz Parker, who launched the agency’s publishing initiative in 2018.

He spent the last four years ar Chernin Entertainment, identifying books, articles and other intellectual property for film and television. He helped land “Wild Game” by Adrienne Brodeur with Kelly Fremon Craig adapting; “Circe” by Madeline Miller, which was ordered to series at HBO Max; and “The Marriage Pact” by Michelle Richmond.

Prior to Chernin, he worked as a foreign scout at Greenburger Associates, sourcing U.S. and U.K. titles for international publishers.

David Franzoni, who won a Best Picture Oscar for producing “Gladiator,” Denise Gardner and Bill Carlson will produce a film adaptation of Anton Treuer’s “The Assassination of Hole in the Day.”

The Mille Lacs Band of Ojibwe Foundation is providing financing for the project, which centers on the life of the tribal leader of the Ojibwe band in Minnesota who was killed in 1868.

“’The Assassination of Hole in the Day’ is an epic story about one of the greatest, complex, and yet least known political leaders of the 19th century, Hole in the Day, or Bagone-Giizhig,” said Gardner.

Franzoni will write the screenplay. His writing credits include “Amistad,” “King Arthur” and the Oscar-nominated “Gladiator” script.

“Anton Treuer’s book is a consummate work of scholarship, one that jumped out as being inherently cinematic,” Franzoni said.

Francesca Musumeci and Alex Williams are getting promoted to Global Sales Coordinator and Content Coordinator respectively.

The company announced late last year that it had raised funding to provide $100 million in production financing across a slate of 15 to 20 films. Venture capital firm IPR.VC is co-financing the slate.

XYZ is currently in post-production on several feature film projects aiming to premiere in 2020 including “Stowaway,” starring Anna Kendrick and Toni Collette. Notable XYZ titles include Gareth Evans’ “The Raid” and “The Raid 2,” Macon Blair’s “I Don’t Feel at Home in this World Anymore,” Karyn Kusama’s “The Invitation” and Panos Cosmatos’ “Mandy.”