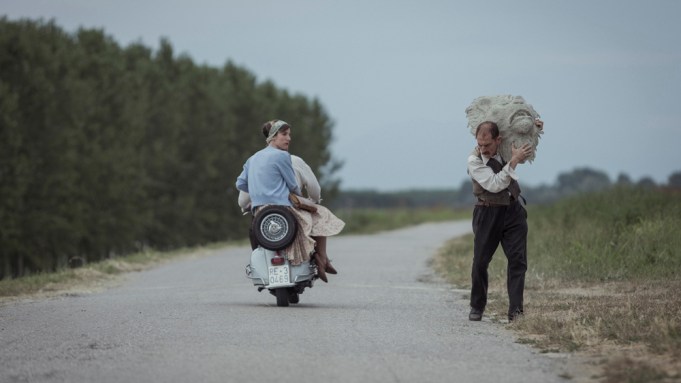 Diritti describes Ligabue’s story as a “bitter fairy tale” in which “a significant bond with life and the ability to never give up constantly emerge.”

Ligabue was an “outcast,” Diritti says, which “caused his marginalization and probably also his mental disorders.” The director sees the film as a reflection on “the value of diversity.” “Retracing the path of his life, it appears evident that his being seen as ‘different’ was the source of many of his problems but also the generative nucleus of his artistic identity and success,” he says.

“The story of Toni Ligabue has an intrinsic and strong value of spectacle due to the extraordinary events that characterized his life, and it also offers, through his journey, an important reflection on the value of ‘diversity.’ Every person is preciously unique, which, beyond appearances, can be a gift to collective humanity.”

Commenting on Ligabue’s artworks, Diritti says: “His paintings express a unique perspective on life. They describe it as the continuous struggle to not give in and contain a strong desire for redemption. His sculpture are not only realistic but express intense vital impulses.

“His self-portraits are photographs into his soul, and his face has small changes in expression in each piece: his eyes interrogate the observer, ask them to listen, to recognize, to show affection.”

The film’s screenwriters were Diritti and Tania Pedroni, in collaboration with Fredo Valla. The film was produced by Carlo Degli Esposti and Nicola Serra for Palomar and Rai Cinema with support from the Regione Emilia-Romagna. International sales are handled by RaiCom.