Lulu Wang and Adele Lim on Lessons From ‘Mulan’: Why Hollywood Must Reimagine Asian-Inspired Stories 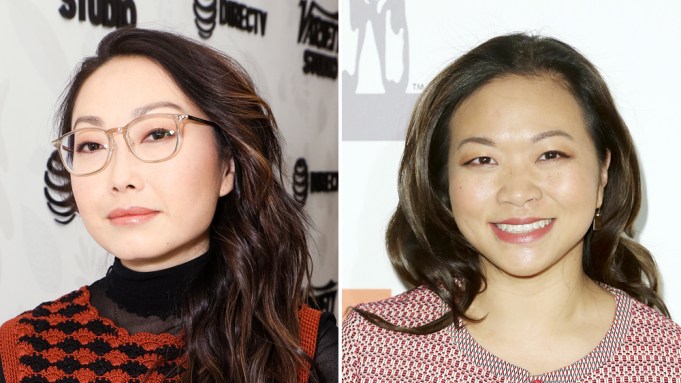 When Lulu Wang read the announcement that Ron Howard would direct legendary Chinese pianist Lang Lang’s Hollywood-produced biopic, she took to Twitter to raise the question, “Have we learned nothing from ‘Mulan?'”

In a series of tweets, the writer-director of “The Farewell” questioned the move, challenging the creative team’s limited understanding of both Chinese cultural history and the specificities of the pianist (and Wang’s) birthplace, Northeast China.

Wang used a metaphor to compare Hollywood’s efforts to produce stories about people of color and finding good American Chinese food at a restaurant: “Does this mean no one else can make this food? Of course not. I happen to love orange chicken. But isn’t it time we all expect more than orange chicken?”

“I really wish this wasn’t such a divisive issue,” Wang tells Variety, explaining that her comments have been misconstrued by the media and misinterpreted by many as meaning that only a Chinese person should write and direct this film.

“I think it’s wildly dangerous for journalists to publish false headlines,” she says. “That’s not what I said. What I said was ‘Can we be more thoughtful? Can [the filmmaker] be somebody who has an intimate understanding of the history and these cultural ramifications?'”

Wang continues, “Just because someone else tells the story doesn’t mean that Ron Howard will never work again. There’s room for all of the perspectives, but we have to just be careful of the one that is always dominating the airwaves.”

She maintains that the power to reimagine Asian stories in America largely remains in the hands of white filmmakers and executives and, as a result, their specificities and nuances often go missing in the process. While making “The Farewell,” Wang says she had to constantly make sure her voice was heard.

Authentic stories cannot be created in a vacuum. Historically, the industry relies on cultural consultants to advise on the screenplays. “Mulan,” for example, was directed by Niki Caro, a white woman from New Zealand, and written by Amanda Silver who told Variety at the film’s premiere that she conducted extensive research in order to accurately portray the film’s specifically Chinese themes.

But Asian American audiences are no longer settling for onscreen representation through a Western lens, according to sociologist Nancy Wang Yuen. Historically when white people attempted to tell stories involving people of color, she says, it has always been to their detriment. “So how do we trust someone who is of white culture? The fear is that they will not be self-reflective enough to be able to tell an authentic story that doesn’t follow stereotypes and tropes.”

Speaking to Wang’s comment about learning nothing from “Mulan,” Yuen adds that the movie failed to prove audience’s skepticism wrong, with another major studio project that renders a Chinese folktale in reductive details. “People of color want to see creatives of color tell stories about them. It’s time to let them do it, so they can point out the problems. All those holes in authenticity would hypothetically have been addressed by an Asian or Asian American director.”

With Hollywood’s appetite for Asian-inspired content growing, the pressure is now on studio executives to realize the importance of hiring the right voices. Producer Peilin Chou demonstrated that representation in the writers’ room indeed makes a difference on “Over the Moon,” the recent animated feature from DreamWorks and Pearl Studios that’s now on Netflix.

Chou, who also produced “Kung Fu Panda 3” and “Abominable,” explains that having Chinese American, Chinese and Asian American collaborators behind-the-scenes allowed the team to gut-check their work. “There’s a lot that you can research, visiting it and living it, but some of us have it in our DNA and who we are.”

Taking the responsibility of representation seriously, Chou believes, is another benefit of hiring Asian American creatives to tell their own stories. On “Over the Moon,” she was adamant that every animated character in the film must be voiced by Asian actors and that the production would include these voices department-wide, from songwriting to animation. Sharing the room with these collaborators, Chou explains, allowed the film’s director, Glen Keane, and screenwriter, the late Audrey Wells, to raise honest questions when “something didn’t feel right.”

Yet opportunities for people of color to write personal stories remain infrequent, and even those in the room, writer-producer Adele Lim says, are often treated as “soy sauce” to pepper a pre-existing script with cultural specificities.

Lim, who was hired by Jon M. Chu to pen the screenplay of “Crazy Rich Asians,” turned down the sequel due to pay disparity with her co-writer Peter Chiarelli. The Malaysian-born screenwriter says her decision to exit the sequel had nothing to do with her personal relationship with Chu and Chiarelli, who even offered to share a portion of his pay with her.

“Being paid this way makes you feel that this is how much your contributions are worth,” Lim says of the situation. “It wasn’t about the money; it was about the industry and the system. What I make shouldn’t be dependent on the generosity of another white writer.”

She adds that it is difficult for Asian American Hollywood to be outwardly critical of its content, because it may limit future projects from being picked up. “It’s such a small community that most of us are friends with people who’ve either created them or act in them, and we don’t want to tear down something that is already fragile. So that limits us in terms of being able to give true creative criticism on a project,” says Lim.

“In my opinion, writers of color aren’t given the equal opportunities to fail,” she continues. “When an Asian American show doesn’t do well, often the studio’s reaction would be ‘Oh well, it didn’t do well, because it was about Asians and people don’t care about them.’ White shows fail all the time, but their whiteness is never considered the reason for their failure.”

Wang agrees it’s not easy to speak up in these situations, but she ultimately hopes to course-correct the industry that she feels continues to take a wrong turn. “I am never the person who’s going to contribute my voice to taking down a project that’s already been made, but when a project hasn’t been made, there is still room to be thoughtful, to have critical conversations on why something might be wrong or hurtful,” she says.

“There’s one school that’s like ‘Isn’t it great that certain stories are being told, period, regardless of who’s telling them.’ Being grateful has never moved the needle forward. I think it’s time to stop being so damn grateful for being thrown a crumb when we could have the entire loaf of bread.”