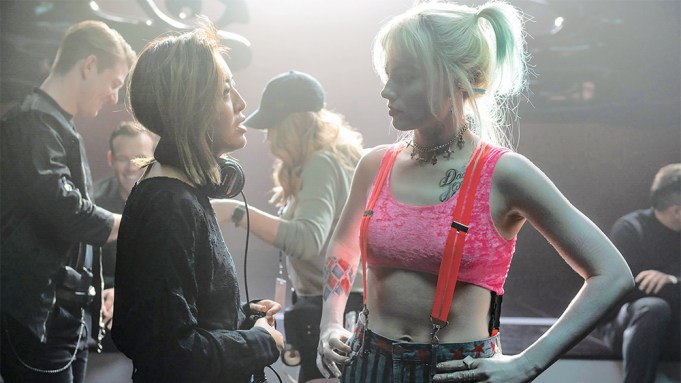 Going straight from indie buzz to a blockbuster budget has become an increasingly familiar career path for a hot new director — except for women of color like Yan. For one, despite winning a special jury prize at Sundance, “Dead Pigs,” which is largely in Mandarin (and some English), still doesn’t have U.S. distribution. For another, you can count the number of women who’ve directed a major comic book movie on a single hand. A former journalist, the 33-year-old Yan grew up outside Washington, D.C., on a varied cinematic diet ranging from “The Lion King” and “Batman Returns” to groundbreaking Chinese films like “Farewell My Concubine” and “To Live.” But as she discussed with Variety, it wasn’t until she wrote a story about up-and-coming filmmakers that she finally understood that she herself could be one.

In 2010, you wrote an article for The Wall Street Journal about first-time directors in which you said, “Studios are increasingly turning to untapped talent. Industry observers say Hollywood’s high barrier to entry may finally be collapsing.” When you were writing that, were you thinking, “That could be me?”
That’s so funny. That was actually the story that made me realize I really want to do this. Speaking to directors for the piece, I felt this kinship toward them in a weird way. I had always loved movies, but I never thought I could do it.

Why not?
I’d never seen anyone who looked like me do it. Not really. I think I was scared to try, and there were no real paths to becoming a director that I was aware of. I also just got very lucky in the sense that like, one of my close friends from college ended up going to NYU [graduate film school]. And so through him, I was able to just understand what film school was about. I frankly just had a lot of lucky breaks along the way.

How did you first learn about “Birds of Prey”?
I grabbed a coffee with Christina Hodson, the screenwriter, a month or two after Sundance. We just got along very well. And it was great to see someone who had a similar background to me be working at that level. That was the first time I heard about [the movie].

Did you have a sense that that was a job that you could pursue yourself?
No, I didn’t. I thought it was a general [meeting]. We were just chatting, and at the very end, she talked to me about “Birds” and I was like, “Well, that sounds like all the director has to do is just, you know, direct the script — it’s a great concept.” And she was like, “Well, how about you?” It took me aback, because I didn’t really think that I could do something like that — or be in the conversation for that.

So what was your pitch?
I related it to my personal growth. It’s about Harley as well as the other Birds coming into their own, recognizing that they are stronger together than they are apart. I gravitated to that feeling. I felt like I was going through a lot of similar self-awareness, realizing that like, yeah, I can be a director, I can do this. Finally settling into that confidence.

Visually, what did you want to accomplish?
I knew I wanted to create a different type of Gotham, through Harley’s eyes, that we hadn’t really seen before. You know, Batman’s Gotham is very much those bold, high, art deco towers — like downtown Manhattan. I was thinking this Gotham should feel different. It’s Harley Quinn’s world. It’s a little scrappier, it’s a little more outer borough. On top of that, I also wanted to make sure that it felt heightened and colorful. It’s gritty, but at the same time, people are having fun. People haven’t given up yet. It’s not a sad world where nothing works.

When you went into that pitch meeting, only a tiny handful of women had ever been hired to direct a superhero movie at that level. How realistic did you think your chances were for landing the job?
[Laughs] I have no idea. Everything happened very quickly. I just told myself, “Luck would have it that I have an opportunity to be in this room. Let me not f— it up. And ultimately, if this is the direction that they want to take the movie, that’s amazing. If it’s not, it’s not.” I just didn’t try to think about it too much.

How did you manage being handed the keys to this giant franchise movie?
I had such institutional support from the get go. But at the same time, every day, I remember being very concerned about, like, I’ve never done this before. I actually called up [“Wonder Woman” director] Patty Jenkins during prep and I’m like, “What am I doing?” [Laughs] She told me, “You’ve got to remember that no one knows this movie as much as you. That’s what makes you the director.” And that was really, really helpful.

“Dead Pigs” still does not have distribution in the U.S. Has getting “Birds of Prey” helped that process along at all?
I sure hope so. I gravitate to that wonderful line that Bong Joon Ho said at the Golden Globes, that idea being that you know if you can get over that one inch wall of subtitles, it opens up an incredible world of cinema. And so I certainly hope so. The plan is to hopefully get it out to theaters. That would be the hope.

Do you have a sense of what your next studio project might be?
I don’t know. I am attached to write and direct an A24 movie, “Sour Hearts.” We’re writing that right now. I love the idea of being able to explore all these different mediums, whether it is a big superhero movie or smaller personal indie. Having just done a big studio movie, there’s something really, really challenging and interesting to me about going back and playing in the indie space again.

Finally, four of the big superhero movies this year — “Birds of Prey,” “Black Widow,” “Wonder Woman 1984” and “Eternals” — are directed by women. What does that mean to you?
It’s pretty freaking amazing. Hopefully it does what we all hope it does, which is prove that female directors can do movies of scale. I remember when I was just starting off being told, “Actually, we’ve been looking for female directors, but there aren’t that many that want to do action movies.” I remember thinking, “I do! I love action movies.” Women are capable of this.

I also think that there’s a lot more to be done. It starts very, very early. I went to NYU film school and more than half of my grade was female. The desire to be directors is there. So what happens? It’s not enough to say we’ve got four women directing blockbuster movies. We have to make sure there’s a sustainable flow of new talent, too.

More from “Birds of Prey”: