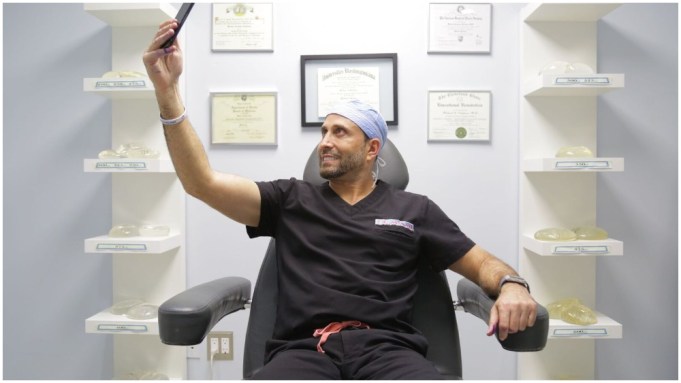 Variety can exclusively reveal the trailer for “Playing Hard” director Jean-Simon Chartier’s feature documentary “They Call Me Dr. Miami,” which is being shopped to buyers at the EFM this week.

Commissioned by Documentary Channel and set to bow at the Miami International Film Festival next month, the film follows Dr. Michael Salzhauer — also known as Dr. Miami — who is one of the most famous plastic surgeons in the U.S., and the first doctor to livestream graphic procedures such as tummy tucks and breast augmentations on Snapchat, where he has more than two million followers.

With a two-year patient waiting list, the film examines how Salzhauer grapples with the reality of selfie culture, backlash to his controversial videos and his status as a social media superstar, all while balancing his roles as a father of five, and a conservative Orthodox Jew who observes the Sabbath.