How Will the Gotham Awards Shape This Year’s Unusual Oscars Race?

The first awards body will announce their nominations on Nov. 12 with an increase in film submissions during the pandemic. 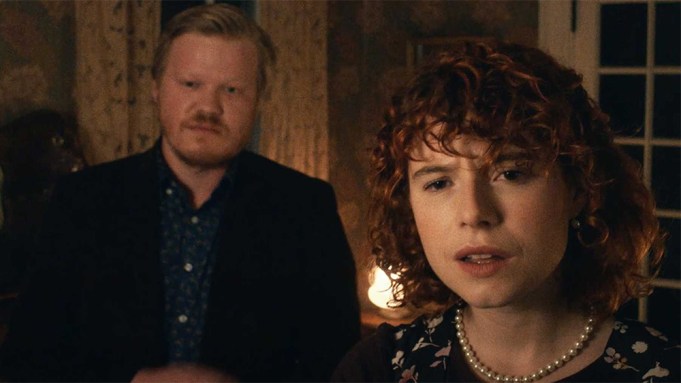 The awards landscape is saturated with multiple voting bodies and critics groups naming their favorite movies of the year. As is tradition, the IFP Gotham Awards will be the first to reveal its nominations on Nov. 12, celebrating its 30th anniversary. In the past, the group has been a viable launching pad for films that have gone on to win best picture at the Oscars such as “Birdman,” “Spotlight” and “Moonlight.” IFP is planning a hybrid show at its usual Cipriani Wall Street venue in January.

With the COVID-19 pandemic decimating the movie industry, the Gotham Awards will take on an even more important role this year in establishing the narrative for a very unusual award season.

“Welcoming everyone back to New York is an important message to send,” IFP executive director Jeff Sharp tells me. “No one is sitting around twiddling their thumbs. It’s a remarkable time to sell projects and the heartbeat of independent cinema continues.”

Sharp, the producer of “Boys Don’t Cry” and “You Can Count On Me,” is prepping to begin production on “The Baccarat Machine” with Awkwafina as Cheung Yin “Kelly” Sun, the most successful female gambler in modern history.

Since the Gothams’ eligibility period ends Feb. 28, 2021, mirroring the deadline set by the Academy, films with a budget of no more than $35 million can begin their awards run on the right foot at the New York event.

For the narrative feature categories, 154 films were submitted, up from 138 in 2019. There was no change in the number of documentaries at 128.

The combined total submissions received by the IFP was 505 over all its categories. Even factoring in the newly created international feature, which had 57 films entries, it’s still a net increase from 388 in 2019.

So what can be expected? With committees as small as five to six journalists and programmers for multiple categories, you can expect some left field citations breaking through. Some of the top awards contenders include Chloé Zhao’s “Nomadland,” George C. Wolfe’s “Ma Rainey’s Black Bottom,” Sofia Coppola’s “On the Rocks” and Regina King’s “One Night in Miami.”

Netflix has the most entries with 16 — among them, Charlie Kaufman’s “I’m Thinking of Ending Things” and Ramin Bahrani’s “The White Tiger.” IFC Films has just as many contenders, combined with its IFC Midnight banner where films like “The Nest,” “Relic” and “The Wretched” were submitted for consideration.

Amazon Studios, in combination with its Prime banner for television, put forth 10 features, including Julia Hart’s “I’m Your Woman” and Eugene Ashe’s “Sylvie’s Love.”

Focus Features has eight movies in the running, including the Sundance darling “Never Rarely Sometimes Always,” still one of the best reviewed films of the 2020. Other features include “Kajillionaire” and “Promising Young Woman,” which can make some noise.

With six movies each, Hulu has films like “Palm Springs” and “Shirley,” while Screen Media Films’ offerings include “Blackbird” and “The Outpost.”

The international feature category’s English-language submissions, which are probably familiar to voters, include Neon’s “Ammonite,” starring Kate Winslet and Saoirse Ronan; Focus’ “Emma” with Anya Taylor-Joy; SPC’s “The Father” with Anthony Hopkins; Neon’s “The Lodge” with Riley Keough; and Searchlight Pictures’ “The Personal History of David Copperfield” with Dev Patel.

Despite qualifying budgets, Warner Bros. didn’t submit “The Way Back” with Ben Affleck or “Judas and the Black Messiah” with Daniel Kaluuya by the Oct. 1 deadline, the latter of which does not have a set release date, which is required in order to submit. Paramount Pictures, 20th Century Studios, STX Entertainment and Walt Disney also did not submit features due to either ineligibilities or not films not being completed in time.

The Gotham Awards will take place on Jan. 11, although organizers have yet to announce if it will be virtual (which seems likely). Here are my predictions for the nominees:

“Another Round”
“Babyteeth”
“Night of the Kings”
“The Painted Bird”
“Wolfwalkers”

The Audience Award is voted on by members of IFP and the selections are the films nominated for best feature, documentary and the films associated with the breakthrough director award.