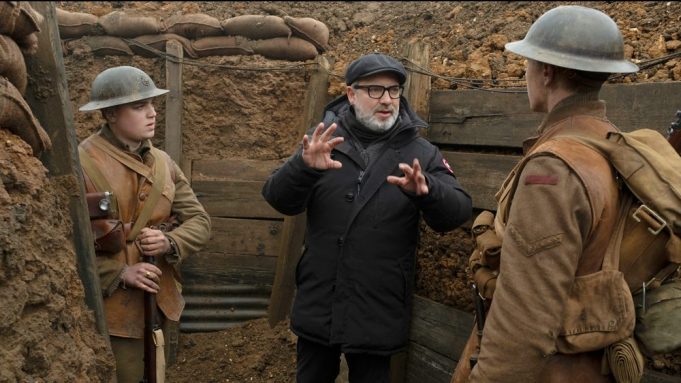 There’s a feeling I always get at the end of a long Oscar night when the movie that won isn’t a terrible choice, but it’s the safe, blah, MORE predictable choice, the one that conforms to the dullest conventional wisdom about the kinds of movies Oscar voters prefer, because in the core of their being they’re out to reinforce a don’t-rock-the-boat vision of what a movie should be. The feeling gathers, imperceptibly, over the course of the evening, and by the time the best picture winner is announced the feeling has a name: mild depression. Here are a handful of the winners that have inspired it: “Chariots of Fire,” “Out of Africa,” “Dances with Wolves,” “The English Patient,” “The Artist.”

“Crash” winning out over “Brokeback Mountain” was a train-wreck category all its own. But that points to a crucial issue about the best picture winners that bring on the blues: You can’t judge them in a vacuum. You have to look at the films they were up against. In my book, “The King’s Speech” counts as one partly because it triumphed over “The Social Network,” the brilliant and defining age-of-digital-disconnection drama that clearly should have won. “Forrest Gump” probably wouldn’t have struck some of us as such a regrettable choice if it hadn’t taken the award from “Pulp Fiction.” Flipping the equation, a movie like “Braveheart” conforms more than it doesn’t to the standard rote narrative of Oscar quality, but I can’t look at the perfectly okay movies it was up against — “Il Postino,” “Babe,” “Apollo 13,” “Sense and Sensibility” — and claim that the Academy was so wildly off that year. Whatever you think of those films (I know “Babe” has its fanatics), none was seriously begging for the Oscar.

This year, though, we have not just one, not two, not three, but four supremely buzzed-about and accomplished movies that all, in different ways, could win the Oscar and deserve to. So if one of them doesn’t win, it will be a night to leave a lot of us in a serious humdrum mood.

I refer, of course, to “Once Upon a Time in Hollywood,” “Parasite,” “The Irishman,” and “Joker.” I also refer to the distinct possibility that “1917,” Sam Mendes’ grandiose but facile WWI-in-one-shot film, might win out over all of them. Attention, Academy voters: Is that seriously what we’re going to do this year?

I realize these judgments are subjective, yet handing the Oscar to “1917” would, I think, be such a mistake and such a blown opportunity, reflecting such a tidy, made-to-order view of what a stirring and “important” war film is. I raise the issue because “1917,” having taken the Producers Guild Award this weekend, has now cemented its status as a contender-verging-on-frontrunner. True, it didn’t win the powerful Screen Actors Guild award for best cast (that group’s equivalent of best picture), because it wasn’t nominated, because it doesn’t pretend to boast that level of ensemble cast. So that’s neither a strike for it nor against it. “Parasite,” the film that did take the SAG award, is now clearly as much of a contender as anyone ever believed it was.

But it’s far from the only one. Here’s what I think it’s going to feel like on Oscar night if any one of the key competing films wins best picture. Only one, I suspect, will leave you with that sinking feeling.

Once Upon a Time…in Hollywood. When people look at Quentin Tarantino and the Oscars and say, “It’s time,” they’re talking about Hollywood politics. Tarantino has never won best picture or director (though he’s won twice for screenplay), and given that OUATIH will be his second-to-last film, and that it’s an inside Hollywood saga that hit the sweet spot with critics and audiences, the stars seem to have lined up to finally give him the grand prize. So as deserving as QT is, let’s take a moment to consider not just why he should win but how that moment might feel. It would, in effect, be an award for all the ways Quentin Tarantino changed movies, rocking the indie world — and, ultimately, mainstream Hollywood — with his lightning-charge aesthetic of live-in-the-moment storytelling. And nowhere has he done that with more glorious freedom than in OUATIH, a 1969 time machine that you roll with in delectable and ecstatic ways. I personally reject the film’s last half hour — but then, I seem to be the only one. So is there anything keeping the film from winning? It’s time, this year, not just to honor Tarantino but to let those of us in the audience acknowledge the love we have for him. And you just know he’d uncork one memorable rambling motherf—er of an acceptance speech. That sounds, to me, like an Oscar night that would leave everyone high.

Parasite. If Bong Joon Ho’s wildly celebrated South Korean domestic class-war thriller takes best picture, there will, I think, be an essential reason for why it was able to smash through Oscar’s foreign-film glass ceiling in a way that “Roma,” last year, did not. “Roma,” as lionized as it was, was a staid coffee-table book of a movie. It looked, and moved, like Art, and would have gone down as the ultra-refined version of one of those dutiful prestige Oscar winners. It would have broken through that glass ceiling with overly impeccable cred. Whereas “Parasite” is a work of art that’s also every inch a movie. It took the grand prize at SAG because its acting pops with fury and delight, and what it represents — in a way that “Roma,” for all its Netflix availability, didn’t quite — is a future in which international cinema becomes a mainstream player again the way it was in the ’50s, ’60s, and ’70s. What will it feel like if “Parasite” wins? It will feel thrilling in a giddy one-world way, with Hollywood saluting the idea that even capital-A art can and should be exhilarating — and that cinema, more than ever, is a land without borders.

The Irishman. Poor Ted Sarandos! Even for $160 million (one rumor says $200 million), his attempt to bankroll a movie splendid enough to give Netflix its first best-picture win has run up against that mysterious two-steps-forward-one-step-back dynamic known as…the Netflix factor. Many Academy voters are not Netflix true believers; they’re far more protective of what their industry has been. Yet what we can’t know is whether this year’s Oscar landscape would have looked different if “The Irishman” had been released by a conventional studio, in theaters only — and had played in several thousand of them. My hunch is that the film would have grossed $70 to $100 million. More to the point, I suspect that if a greater number of people had gotten the chance to experience Martin Scorsese’s grand, mournful, ominous, suck-in-your-breath mobster elegy as (here’s that word again) cinema, they might have been all the more enthralled by it. As it is, the film has legions of fans, but its stately pace and mood of matter-of-fact violence and betrayal are something you want to sink into, not interrupt with beer breaks. Yet it’s the Scorsese film that, far more than “The Departed,” confirms his mastery. And if the movie won, it would feel, at this point, like the most darkly majestic of Oscar winners.

Joker. In an alternate universe, Todd Phillips’ slow-burn anti-comic-book spectacle would be the Oscar front-runner, and not just because it has the most nominations. It’s the movie that touched the most electrifying chord with audiences. My own anecdotal survey, based on hundreds of conversations, is that most people who saw it loved it. Yet even after the early accusations that it was a film liable to incite violence proved unjust, and after it was demonstrated beyond doubt that the movie spoke to humans of every gender, race, and age group, the aura of media condemnation that surrounded “Joker,” all based on the suspicion that it was some sort of “incel manifesto” (i.e., a revenge fantasy for angry white males), has left the film’s triumph with a few scuff marks. On the Academy’s terms: It may not seem like the film you’re supposed to vote for. Yet I don’t think a big win for “Joker” is out of the question. Just look at the standing ovations that have greeted Joaquin Phoenix when he has won for best actor at the Golden Globes, the SAG awards, etc. Are we really going to pretend that he’s great but that the film he dominates in every frame is somehow disreputable? Phoenix’s performance in “Joker” is fantastic because even though he’s playing a severely damaged semi-maniac, his acting has a moral center, and so does the movie. If “Joker” wins, it will play as a celebration of the rare power a film built around a comic-book scoundrel could summon in a year when it expressed the rage, the alienation, and the insanity that so many are feeling. Yet it will also play as a rebuke to the moralistic finger-wagging of the Twitter bubble. To this “Joker” believer, that would make it a feel-good win.

1917. And so it comes down to one shot. Or at least a movie that’s engineered to play like it’s all one shot. But to what end? How does the untouched-by-human-hands, tracking-shot-of-God gliding bravura of a war film that’s designed to look and feel like a perils-of-combat video game remotely express the terror and horror of World War I, in which a new age of destruction ripped apart men confined to cramped muddy spaces? Okay, my bias is out: I’m not a fan of Sam Mendes’ film. But I would ask: How rich an experience is the movie even to those who respond to it? Is it genuinely on a par with the war films that have taken the Academy Award for best picture (“Platoon,” “The Hurt Locker”), or the one that should have (“Saving Private Ryan”)? Or does it use the facile gambit of presenting one continuous shot as though it mirrored a “soldier’s eye view” (but does it?) to cover up its absence of revelation? Put another way: If it wins, will it be for the drama…or for the stunt? I know you supposedly can’t separate the two. But I think if “1917” wins, it will be, quite simply, for its virtuoso expression of the cult of technology. And that’s a definition of art that on Oscar night I predict will ring hollow.