As ‘Tenet’ and ‘New Mutants’ Open, Audiences Weigh Risk of Going Back to the Movies 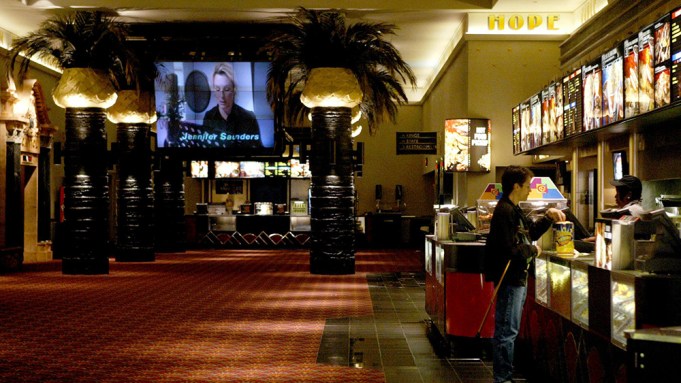 Luisa Cocozzelli, a South Florida resident in her 60s, considers herself something of a film connoisseur. In normal times — meaning, before coronavirus swept the globe, shuttering everything from movie theaters to restaurants and causing millions to lose their jobs and hundreds of thousands to lose their lives — she regularly went to her local cinema. There’s nothing, she says, quite like sitting alone in the back row of a darkened theater and getting lost in the story unspooling on the big screen.

But as multiplexes reopen for business after prolonged closures, Cocozzelli doesn’t see herself indulging in her favorite activity anytime soon.

“I hate to sound this way,” she says, “but I don’t trust other people to follow guidelines and protocols.”

Cocozzelli’s dilemma is one that many movie lovers are grappling with in a pandemic-stricken world. As high-profile titles like Christopher Nolan’s sci-fi epic “Tenet” and “The New Mutants” gear up to hit the big screen, marking the first major films to open since theaters were forced to close in March, audiences are faced with the choice of whether or not to return to the movies. Sure, they’re desperate for some entertainment and eager to do something more social after months of relative isolation, but do the risks associated with indoor activities justify a few hours of big screen escapism?

She pointed out that movie theaters are doing their part to ensure that capacity will be limited, there will be plenty of space between patrons and that every surface will be sanitized — and sanitized again. But she can’t control how receptive audience members around her will be to the new rules and regulations enacted to keep venues safe. Moreover, there’s a chance that people around her could be asymptomatic and unknowingly pass on the virus. She’s been furloughed from her job at a cruise line and says she can’t afford to risk getting sick.

“They don’t wear masks down here when they’re supposed to,” Cocozzelli says, referring to Florida locals. “It’s become so political. I’m going to have to pass until it’s safer.”

Others, like New York native Christian Rivera, are yearning to see a new movie on the silver screen and are willing to travel far and wide to do so. Since cinemas are closed in Staten Island, where he resides, and in the rest of New York state, the 24-year-old is driving over an hour to Langhorne, Penn. on Sunday to be among the first to see “New Mutants” in theaters.

“That movie has been delayed so many times, and I don’t want to wait any longer to see it,” he said.

He’s journeying across state lines with two friends, choosing to travel by car because he feels it will limit his exposure to other people compared to public transit. As long as safety protocols are in place, Rivera doesn’t think his voyage to the suburbs of Pennsylvania will be his last — should cinemas in the Big Apple remain dark.

“I’ll probably be back when “Tenet’ comes out,” he says. “‘Wonder Woman’ is a must. ‘Black Widow,’ I will personally make a trip anywhere to see.”

In Indianapolis, where 27-year-old Cody Wainscott lives, movie theaters have started to welcome back audiences. A few days after his local AMC reopened its doors, he went with friends to see a rerun of “Back to the Future.” He already purchased tickets to see “Tenet,” a decision he calls a “no brainer” to shell out a few extra bucks to view in Imax.

“Following protocols is pretty easy,” he says. “From what I could see, people were following the rules.” Wainscott added that he rarely indulges in concession stand treats, so he had no issues keeping his face covered with a mask.

“I’m a little worried about having to trust other people,” he admits. But as a self-proclaimed Nolan enthusiast, he even didn’t consider passing up the opportunity to see the acclaimed director’s latest cinematic spectacle once multiplexes were granted permission from officials to reopen. “I’ve been waiting to see ‘Tenet’ for a year. I prefer to see it how it was made to be seen, which is on an Imax screen.”

It may not be enough to convince audiences, however.

Shana Jones of Chicago used to frequent the theater a few times a week. But after her small, suburban neighborhood was hit with the virus, affecting four out of the five homes on her cul de sac, she’s being extra cautious about leaving the house.

“I really want to see ‘Tenet,’ but I’m avoiding theaters,” the 38-year-old said. “My next-door neighbor died of the virus less than a month ago. My dad has a compromised immune system. I’m just not taking any chances.

Many movie buffs are holding out hope that a vaccine is on the way, a development that would quell fears about relaxing indoors. Anna Pena, 66, doesn’t plan on returning to theaters until there’s a vaccine that’s widely available to all.

“The setting is exactly what we know to be dangerous: closed-in, recycled air, several hours, quite a few people and little mask use,” says Pena, a cancer survivor with no other underlying conditions. She lives with her 74-year-old husband, who has also gotten accustomed to watching movies on streaming services. “Even if masks are required to enter, they allow snacks. And of course, you have to remove your mask to eat popcorn  and drink soda.”

That’s when things could get riskier — and for Pena and some other moviegoers, it’s hard to enjoy a movie when you’re worried about catching a potentially fatal virus. For 29-year-old Portland resident Tanner McCullough, that concern makes the decision an easy one.

“Going to the movies right now is not just unhealthy, it’s immoral,” McCullough says. “Given what we see from other places [where] people congregate indoors, it’s clearly just a matter of time before we have outbreaks and potential deaths related to the movies. No movie is worth someone’s life.”