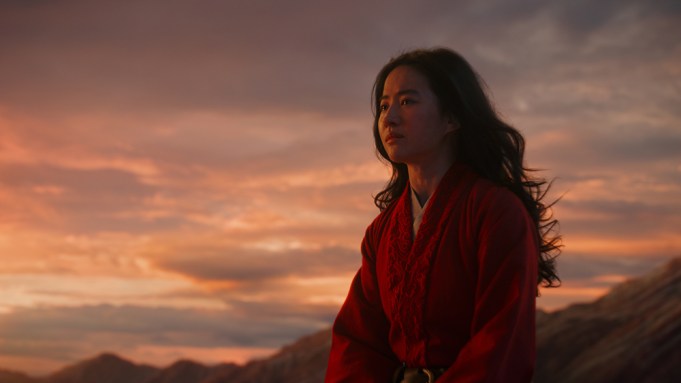 Disney has pulled “Mulan” from the studio’s release calendar as cases of coronavirus continue to rise across the country and new outbreaks roil major foreign markets.

“Over the last few months, it’s become clear that nothing can be set in stone when it comes to how we release films during this global health crisis, and today that means pausing our release plans for ‘Mulan’ as we assess how we can most effectively bring this film to audiences around the world,” a Disney spokesperson said.

This is the fourth big-screen delay for “Mulan.” It was initially scheduled to debut on March 27, but the film was pulled just before its planned release as coronavirus first began to spread in North America. Disney moved the film to July 24 and then to Aug. 21.

The pushback comes the week that cinemas in China, a key territory that the $200 million-budgeted title will depend on to turn a profit, are re-opening at long last after nearly six months of closures. Approximately 20% of Chinese cinemas in areas at low risk for COVID-19 have reopened as of Thursday, local authorities said, amounting to around 2,400 cinemas in total. Beijing theaters are set to pick up again from Friday, now that a coronavirus flare-up in the capital has been brought under control.

But the situation is a bit more bleak Stateside. Movie theaters in North America have been closed since March due to public health concerns. Studios and exhibitors had hoped business could resume in July, but those plans have started to look increasingly unlikely. AMC Theatres, the country’s biggest theater chain, has already amended its reopening and is looking to be back in business by mid to late August. Los Angeles and New York City — two of the most important moviegoing markets in North America — still don’t have concrete plans for any cinemas to reopen.

Earlier this week, Warner Bros. announced that it was moving Christopher Nolan’s “Tenet” from August to an unspecified date in 2020. The shifts are a major blow to the exhibition industry, which had pinned its hopes for a late summer revival on the one-two punch of “Tenet” and “Mulan.”

Directed by Niki Caro, “Mulan” stars Liu Yifei as a fearless Chinese warrior who disguises herself as a man to spare her elderly father from having to serve in the military. Due to sequences of violence, it’s the first of Disney’s live-action remakes to score a PG-13 rating.