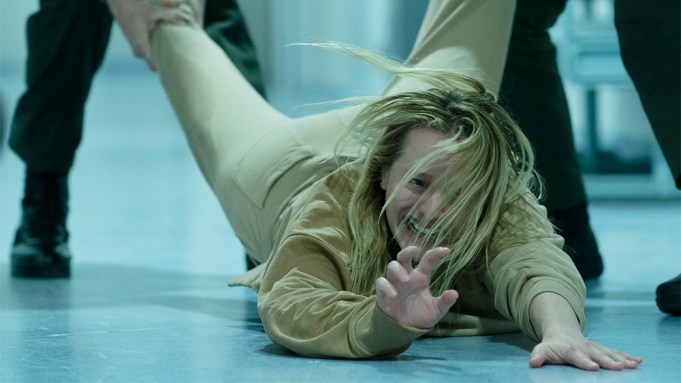 With “The Invisible Man,” a terrifying thriller starring Elisabeth Moss, Universal is attempting to revive the cinematic prospects for its classic monster properties.

After “The Mummy” with Tom Cruise flamed out theaters in 2017, the studio scrapped its plans to form an interconnected Dark Universe and instead retooled its vision to create standalone stories unique to each otherworldly beast. “The Invisible Man” is already generating positive buzz, an early sign that helps justify hitting pause on the film and taking it in another direction.

“The Invisible Man” is expected to earn north of $20 million when it opens in 3,500 theaters across North America this weekend. Independent box office tracking services estimate ticket sales could balloon closer to $30 million since word-of-mouth has been strong. Those projections would mark a solid start for “The Invisible Man,” which cost $7 million to make.

The movie — produced by Blumhouse — could also pick up steam at the international box office, where it’s debuting in 39 overseas markets including Mexico and the United Kingdom.

Leigh Whannell, the co-creator of the “Saw” franchise, wrote and directed “The Invisible Man,” a reboot of the 1933 film which itself was based on H.G. Wells’ novel. Los Angeles Times’ critic Justin Chang praised the movie and described it as “gaslighting thriller” that is “expertly retooled for an era of tech-bro sociopathy and #MeToo outrage.”

It follows a woman (Moss) who believes she is being hunted by her violently abusive ex husband (Oliver Jackson-Cohen), who apparently took his own life. So far, “The Invisible Man” has received a 90% on Rotten Tomatoes, glowing reception for a horror film.

After two consecutive weekends as box office champ, Paramount’s family film “Sonic the Hedgehog” should slide to second place as “The Invisible Man” is expected to ascend to the top of domestic charts. “Sonic” has been a surprise theatrical hit, crossing the $100 million mark in 10 days. Disney and 20th Century’s “Call of the Wild” also beat expectations last weekend, debuting to $26 million. But the canine drama starring Harrison Ford and a dog named Buck needs to continue drawing audiences en masse to justify its massive $125 million price tag.

As the only new film opening this weekend, “The Invisible Man” won’t have much box office competition. Except, of course, those it can’t see.