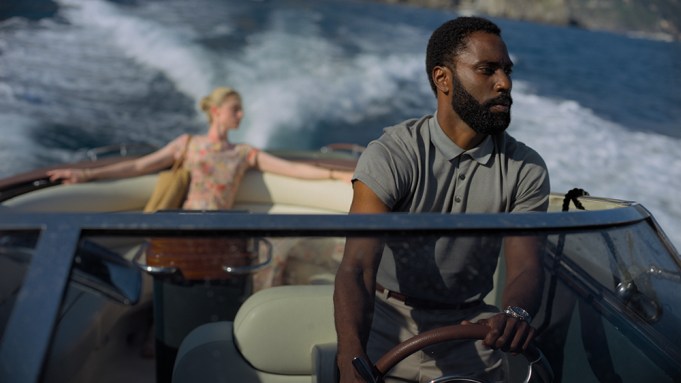 Christopher Nolan’s “Tenet” has topped $280 million worldwide, dominating a mild U.S. box office with $3.4 million at 2,850 locations in its fourth weekend to go past $41 million domestically in four weeks.

The Warner Bros. tentpole, which carries a hefty $200 million price tag, took in a weekend total of $19.2 million worldwide in 58 markets. The U.S. posted the top number with a 26% decline, followed by Japan with $3 million in its second weekend and a 30% decline.

“Tenet” is the first major studio release to launch during the pandemic, and its small-ish numbers underline the industry’s challenge of attracting customers amid a worldwide health crisis and social distancing restrictions. Disney’s “Mulan”– which isn’t getting a theatrical release in the U.S. — grossed $3.4 million in 20 markets to lift it to $64 million world wide. Its fifth weekend of “The New Mutants” took in $2.5 million worldwide, including $1.1 million at 2,305 domestic sites.

The seventh weekend of Solstice Studios’ “Unhinged” took the third spot with $1 million at 2,182 locations, declining only 22%. The Russell Crowe thriller was the first wide release during the pandemic and has topped $17 million.

Solstice said it plans to keep promoting “Unhinged”: “In the wake of studios moving their major releases out of fall, many theatres are reducing schedules and/or re-closing theatres to save money until more studio product becomes available. We are making every effort to counter balance this with a promotion that will run for the month of October for independent theatres and drive-ins to help incentivize them to keep their doors open and find other companies in their area to partner with to help promote the film.”

The estimates were released three days after Disney postponed the release of a trio of fall blockbusters — Marvel’s “Black Widow,” Steven Spielberg’s “West Side Story” and Kenneth Branagh’s “Death on the Nile” — by several months. Those delays were the latest in a long line of high-profile titles pushed out of the summer and fall due to coronavirus.

Disney is releasing “The Empty Man,” a horror film with James Badge Dale, on Oct. 23 and its Pixar comedy “Soul” on Nov. 20. Universal-MGM’s James Bond movie, “No Time to Die,” is also slotted for Nov. 20.

Shawn Robbins, chief analyst at Box Office Pro, said it’s no surprise that the U.S. moviegoing business is subdued amid the COVID-19 pandemic.

“This weekend is continuing what’s now expected to become a trend of quieter weekends at the domestic box office in the early autumn weeks following numerous release delays since ‘Tenet’ opened,” he added. “It’s another good news, bad news scenario as ‘Tenet’ itself and other films are displaying stronger legs than typically seen in pre-pandemic times, but the volume of total business in the market is lacking due to modest consumer awareness, the absence of four-quad films, and no promotional engine usually driven by the Los Angeles and New York markets.”

Currently, about 75% of U.S. markets are open but the key Los Angeles and New York markets remain closed along with most of the rest of California, North Carolina, Michigan, New Mexico, Seattle-Tacoma and Portland, except for driveins. Paul Dergarabedian, senior media analyst with Comscore, estimated that only 58% of theaters are currently open in North America.

“The marketplace is as expected sleepy and uncertain,” he added. “However, there is at least some encouraging news in the fact that where people have the option, film fans are heading to the movie theater while others are seeking out the big screen experience even in neighboring cities if their local multiplex is unavailable.”