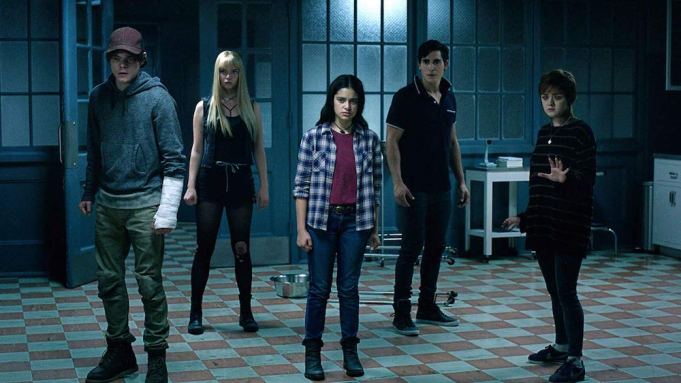 With North American moviegoing slowly resuming, the X-Men spinoff “The New Mutants” opened with a solid $3.1 million at 2,412 locations on Friday.

That first-day figure portends a weekend opening in line with Disney’s forecast of $7 million to $10 million. About 62% of domestic locations are currently open, while California, New York, New Jersey, North Carolina, Michigan, Maryland, New Mexico and parts of Arizona are still shuttered more than five months after closing down due to the pandemic. Damage from Hurricane Laura has closed down some locations in Arkansas, Louisiana and Texas.

Disney took “The New Mutants” — starring Maisie Williams, Anya Taylor-Joy, Alice Braga, Henry Zaga and Charlie Heaton — off its schedule in March, when cinemas first started to shutter due to the pandemic. The film, which Disney inherited from Fox, has been delayed numerous times since it was originally intended to debut in 2018.

“The New Mutants,” based on the X-Men comic-book series, follows five young mutants trapped in a secret facility against their will. Josh Boone directed the film.

Three other films have opened this week: Searchlight’s historical drama “The Personal History of David Copperfield,” Orion Pictures’ comedy sequel “Bill & Ted Face the Music” and Picturehouse’s faith-based “Fatima.” “Bill & Ted” opened Friday with $400,000 at 1,007 theaters — a solid number given that it also became available on premium VOD on the same day. “David Copperfield,” starring Dev Patel, took in $171,000 on Friday at 1,360 sites.

Solstice Studios’ road-rage thriller “Unhinged,” starring Russell Crowe, pulled in $840,000 at 2,331 locations, as the distributor added more than 600 runs in the U.S. marketplace. “Unhinged” took in $4 million last weekend as the first major theatrical release since March and played in 1,823 venues in North America, marking the widest release yet since the pandemic hit.