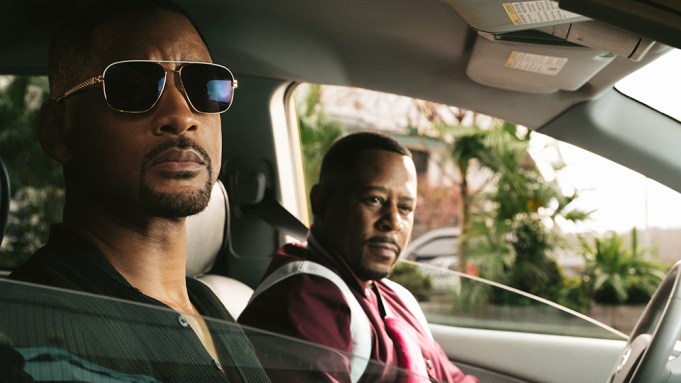 “Bad Boys for Life” is tracking for a solid launch with as much as $70 million at 3,740 venues in North America over the four-day holiday weekend, early estimates showed Friday.

The figure was nearly double pre-release forecasts. Some sources cautioned that the final number could be closer to $60 million but “Bad Boys for Life” clearly represents a major victory for Sony.

Universal’s opening of its fantasy-adventure “Dolittle” should wind up in second with about $30 million. That’s somewhat above studio expectations for the Robert Downey Jr. vehicle, which will need to show significant staying power at multiplexes worldwide to recoup on its costly $175 million budget. “Dolittle” has been hit with dismal reviews and a 19% score on Rotten Tomatoes.

The studio’s “1917,” which won last weekend impressively with $37 million, appears headed for a third-place finish at about $23 million for the four days. The World War I epic picked up 10 Oscar nominations on Monday, including a best picture nod.

A pair of holdovers — the sixth weekend of Sony’s “Jumanji: The Next Level” and the fifth frame of Disney’s “Star Wars: The Rise of Skywalker” — are battling for fourth place in the $8 million to $10 million range. The “Jumanji” sequel should wind up the weekend with a domestic total of about $273 million and “Skywalker” will pass the $490 million mark for North America.

“Bad Boys for Life” racked up strong numbers at Thursday previews with $6.4 million at 3,154 North American locations. That’s a new record for a January preview, topping the $5.3 million mark by “American Sniper” in 2015.

“American Sniper” had the best opening of any movie that launched over the long Martin Luther King Jr. Day weekend, grossing $107 million over the four-day holiday. Should “Bad Boys for Life” hold up to estimates, it will be the second-best MLK Day weekend opening.

Sony’s sequel to 1995’s “Bad Boys” and 2003’s “Bad Boys II” had previously been pegged by the studio to collect $38 million from 3,740 venues over the four-day holiday weekend. The film reunites Will Smith and Martin Lawrence as old-school cops taking down the leader of a Miami drug cartel, and carries a $90 million production budget.

“Bad Boys for Life,” from directors Adil El Arbi and Bilall Fallah, has generated a mostly positive critical reception, with a 74% score on Rotten Tomatoes.