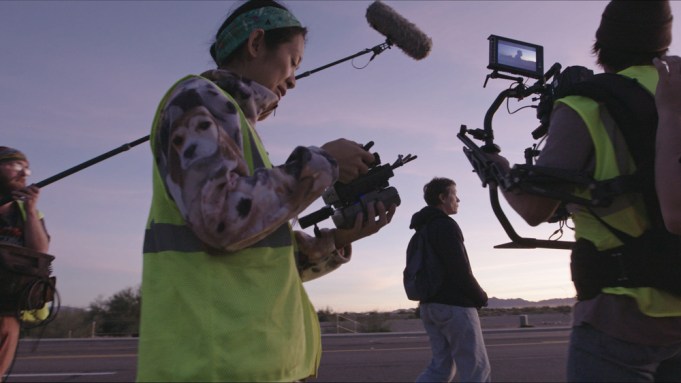 The starting pistol of awards season has been officially fired with the 30th annual IFP Gotham Awards announcing its nominations and making history. For the first time, women direct all the nominees for best feature. Among them are “The Assistant” from Kitty Green, “First Cow” from Kelly Reichardt, “Never Rarely Sometimes Always” from Eliza Hittman, “Nomadland” from Chloé Zhao and “Relic” from Natalie Erika James.

In the best actor category, Chadwick Boseman received a posthumous nomination for his work in “Ma Rainey’s Black Bottom,” a performance likely to be shortlisted by many awards bodies over the next few months. The other nominees included Riz Ahmed (“Sound of Metal”), Jude Law (“The Nest”), John Magaro (“First Cow”) and Jesse Plemons (“I’m Thinking of Ending Things”).

For the actresses, the group gave a very diverse field of cultures and experience. Nicole Beharie’s turn in “Miss Juneteenth” is a riveting portrait, and this is an excellent start for her and the film’s awards campaigns. The same goes for Yuh-Jung Youn as the beautiful and loving grandmother in Lee Isaac Chung’s “Minari.” Youn was the only person in either acting category nominated for a supporting role, where she could find love at the Oscars.

Certainly not the most crucial award show on the way to the Academy Awards, but some of the shutouts were surprising. Among them, Emerald Fennell’s “Promising Young Woman” with Carey Mulligan failed to materialize with the group, as did Kornél Mundruczó’s “Pieces of a Woman” with Vanessa Kirby. Over 500 films were submitted this year, up from 380 in 2019.

“We are proud to be celebrating our 30th anniversary in our resilient city, and continuing the core mission of IFP, independent storytelling,” says Jeffrey Sharp, Executive Director of IFP.

The IFP Gotham Awards will be held on Monday, Jan. 11.