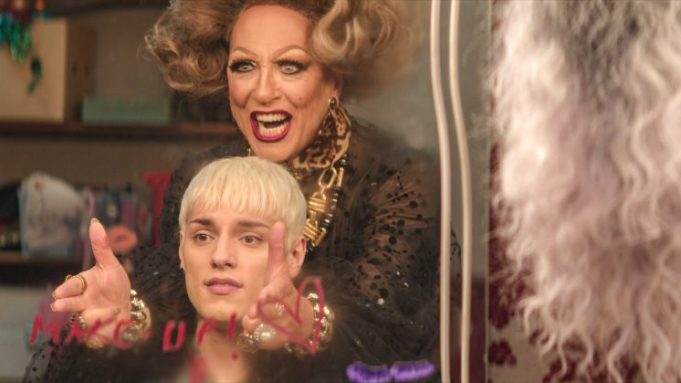 20th Century Studios has released the first trailer for “Everybody’s Talking About Jamie” in honor of National Coming Out Day.

The film stars newcomer Max Harwood in the title role as a teenager with ambitions of being a drag queen. When Jamie announces he’s wearing a dress to his school prom, he faces a battle of overcoming prejudice and learning to be himself. As Jamie faces uncertainty, the one thing he knows is that he is going to be a sensation, so he learns how to put his drag persona together and stages a drag show. As Jamie says in the trailer, “I don’t just want to be a drag queen, I have to be one.”

The film is inspired by the real-life story of Jamie Campbell, who came out as a 14-year-old at school. His story was told in the BBC Three documentary, “Jamie: Drag Queen at 16” and was adapted for the West End in 2017. Jonathan Butterell, who directed the show, will make his feature-film debut.

“Everybody’s Talking About Jamie” was originally scheduled to be released in October, but due to the coronavirus pandemic will now be released on Feb. 26, 2021 and will bow in time for any awards consideration.