Billie Eilish to Perform on the Oscars 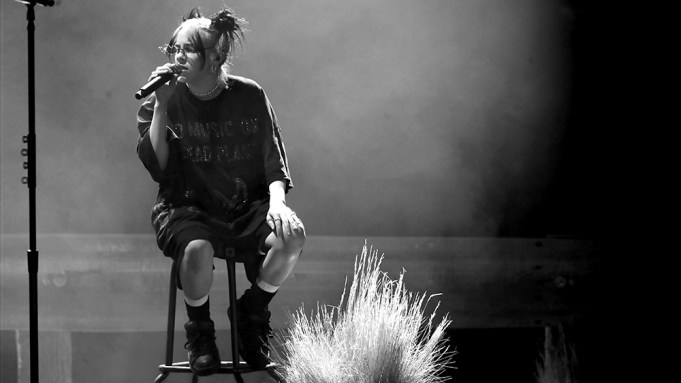 Fresh off her five Grammy wins, Billie Eilish will take the stage at the Academy Awards on Sunday, Feb. 9. The Oscars will take place at the Dolby Theatre in Hollywood and air live on ABC, starting with a red carpet pre-show at 3:30pm PT.

Billie Eilish swept the top Grammy categories on Sunday night, becoming the youngest (and only the second) artist in history to win the big four: album of the year and pop vocal album (for “When We All Fall Asleep, Where Do We Go?”), record and song of the year (for “Bad Guy”) and new artist. (Christopher Cross is the only other artist ever to sweep the big four categories, in 1981.) She lost pop solo performance to Lizzo (for “Truth Hurts”). In total, Eilish, 18, and her brother/recording partner Finneas O’Connell, 22, took home six of the seven awards they were nominated for.

Following a performance from Ariana Grande, the superstar siblings took the stage, delivering an emotional rendition of “When the Party’s Over,” a single featured on Eilish’s last album. Eilish captivated the room as she performed the ballad while perched on a stool. O’Connell, who played the piano alongside her, applauded his little sister as she closed the song.