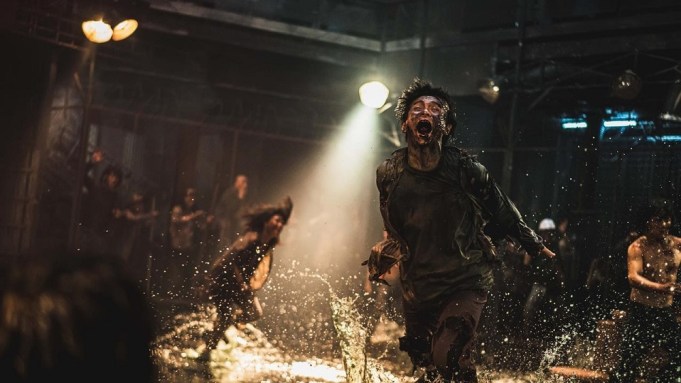 “Peninsula,” a Korean-made zombie horror action movie, has unveiled an 8K trailer ahead of its premiere in theaters this summer. The film is a four-years-later sequel to “Train to Busan,” which smashed multiple records around Asia.

Despite its genre film status “Train” got its launch at the 2016 Cannes festival as a midnight screening, before conquering the summer season in Korea and the Asia region. “Peninsula” is set for a similar course, having been named in the official selection of this year’s virtual Cannes.

It is aiming for a July release, but the exact date has not been locked in due to the uncertainties in the releasing calendar caused by the coronavirus outbreak. Distributor Next Entertainment World and its rights sales unit Contents Panda say that international releases will be closely co-ordinated as soon as the Korean outing is confirmed.

Korean cinemas reopened last month. And, after an initial hesitation, audience numbers are beginning to swell – the top five films earned over $3 million this weekend – and distributors are now rebuilding the summer releasing schedule.

With those numbers, Contents Panda was able to widely pre-sell rights to “Peninsula.” WellGo USA has the film for North America, ARP will release in France, BF Distribution has rights in Latin America, Edko Film has Hong Kong, Movie Cloud / MoviePlay has rights for Taiwan, and Studiocanal has the U.K.

Directed again by Yeon Sangho, “Peninsula” stars Gang Dongwon (“Illang: The Wolf Brigade,” ”A Violent Prosecutor”) star as a survivor of the previous “Train” wreck return to Korea to retrieve a huge cash hoard. After things go wrong, he and his team are aided by a female survivor, played by Lee Junghyun.

The movie was produced by Redpeter Films. The 8K trailer was created by another Next Entertainment World subsidiary, NEW ID, together with SK Telecom. They have developed the proprietary Supernova technology for upscaling image and sound, using artificial intelligence’s deep learning algorithms. The two companies are also venturing into AI-based post production.