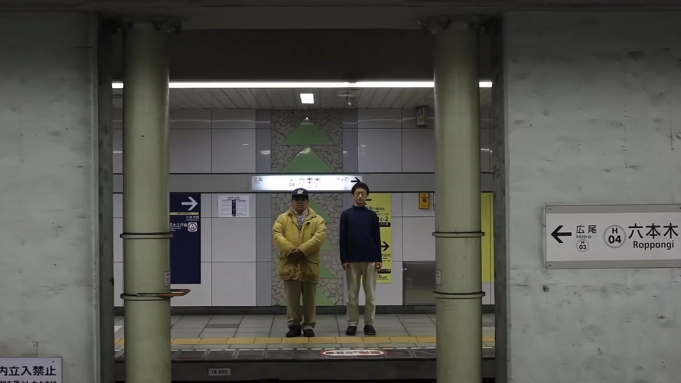 Atsushi Sakahara, a survivor of the sarin gas attacks in Tokyo, unveils his documentary account of the Aum Shinrikyo cult and its continuing activities in “Me and the Cult Leader – A Modern Report on the Banality of Evil.” The film is expected to have its world premiere later this month at the U.K.’s digital Sheffield International Documentary Festival.

The film follows Sakahara, who has been outspoken over the years following his presence at and resulting injury from the sarin gas attack on the Tokyo metro system on March 20, 1995. The doomsday cult which perpetrated the attack is still active and recruiting. In the film Sakahara connects with a leading executive of the cult Hiroshi Araki, to record the parallel experiences of a victim and perpetrator. Araki’s life shares many parallels with Sakahara’s, and together they chronicle a moving portrait of humanity and reflection.

“Me And The Cult Leader” (previously titled “Atonement”) was produced by Good People Inc. International rights are handled by Good Move Media, a Hong Kong-based sales-outfit, as part of its output deal with HKIFF Collection, the international sales arm of the Hong Kong International Film Festival.

At project stage, the film was presented as “Aganai” as part of the HKIFF’s HAF project market in 2018, where it won the G2D Sound Award. It was recut starting last October by Junko Watanabe, an editor based in Paris who was an assistant on the Naomi Kawase film “Radiance.”

Sakahara, who was previously associate producer on “Bean Cake,” the 2001 Palme d’Or winning short from David Greenspan, suffered lifelong damage and post-traumatic stress disorder. He has managed his recovery in a several ways, including through writing books, public speaking and broadcasting.

His latest podcast “Before/After Aum” is seen as a primer to the film. It focuses on the history of post-war Japan, the rise of doomsday cult Aum Shinrikyo and its leader Shoko Asahara, the events leading up to the attack, how the Japanese government has treated victims, and how the cult is still active.

“As a victim, it’s been incredibly important for me to learn about the psychology of cults, PTSD and our society by looking at the Aum Shinrikyo case,” said Sakahara. “Because of the language barrier, the dangers have never been shared in English fully, even though (Aum Shinrikyo is) active internationally.”