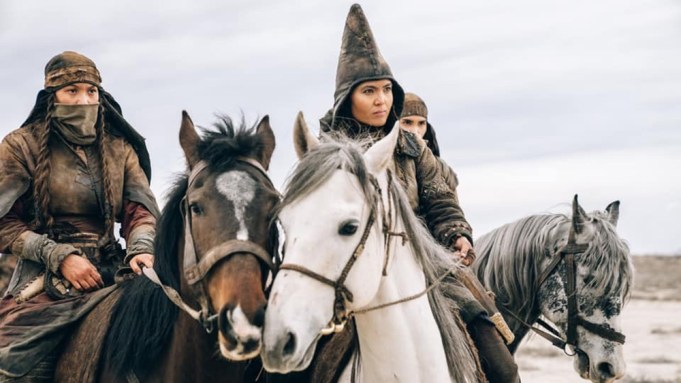 The latest deals include Blue Swan for Italy, SND Films for France, Art Mood for Spain, AT Entertainment for Japan, Gulf Film for Middle East, Challan for South Korea, Paradise/MGN for CIS, Shaw for Singapore, Program 4 Media for Romania, and Siyah Bayez Movies for Turkey. Arclight announced earlier this month that the U.S. rights of the film were picked up by Well Go USA.

The film tells the real-life story of Queen Tomiris who, along with her female warriors, united divided nomadic tribes to create a powerful nation capable of repelling the likes of Persia. According to historical accounts, Tomiris and her army likely brought about the downfall of Cyrus the Great of Persia, who attacked the peoples of the Great Steppe.

Tomiris’ life was described in detail by Greek historian Herodotus, her beauty was depicted on many European works of art, and her story has endured for millennia, inspiring people throughout Central Asia.

Chairman Gary Hamilton said: “’Tomiris’ is a fascinating epic story that deserves to be told and to continue inspiring women and men around the globe for many generations to come.”

The film stars Kazak actors Almira Tursyn as Tomiris, Adil Akhmetov as Argun, and Aizhan Lighg as Sardana, who perform all of their own stunts.

It is a co-production between Kazakhfilm Studios and Sataifilm. It was theatrically released in Kazakhstan on Oct. 1, 2019, breaking records and making it one of the highest-grossing films in the country’s history.

Kazakh-American film producer Gia Noortas, and head of the Honorary Consulate of Kazakhstan in Los Angeles, helped introduce the project to Arclight and supported its distribution efforts.