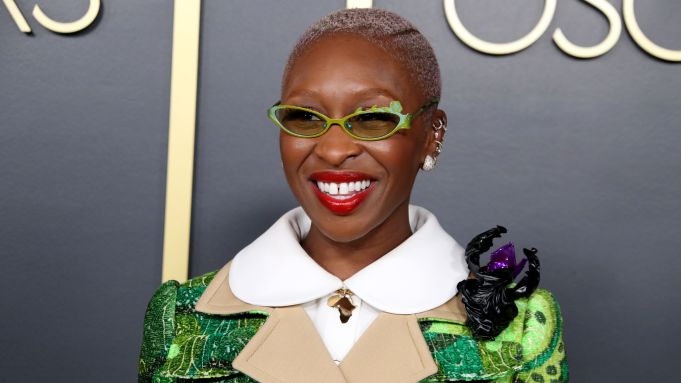 Cynthia Erivo, the breakout star behind “Harriet,” has described the experience of being the sole actor of color vying for an Oscar a “bittersweet” experience that should serve as an example for future awards.

Appearing on the BBC Breakfast show today, Erivo, who portrayed U.S. abolitionist Harriet Tubman in the film, warned: “I want it to serve as an example of why we need to look at how we judge these films and I want to make sure it doesn’t look like this every single time.

“There are people who also deserve to be a part of this and we’ve just got to figure out how that happens. Hopefully this year will be a turning point for everyone because we are talking about it out loud and hopefully now we can actually make some changes.”

The British actor, who did not receive a BAFTA nomination, picked up two Oscar nods for “Harriet” – a Best Actress nomination as well as a Best Original Song nod for “Stand Up,” which she co-wrote and performed for the film.

Erivo, who will perform the song at Sunday’s awards, grabbed headlines earlier this month when Variety revealed she was asked to perform at the BAFTAs despite not being nominated, and promptly turned down the British Academy’s offer, citing the awards’ lack of “proper representation.”

At the BAFTAs, the scandal surrounding the all-white acting nominees was largely unmentioned by winners on stage, save for “Joker” star Joaquin Phoenix, who said the shut-out sends “a very clear message to people of color that you’re not welcome here.”

Asked today whether the voting mechanisms behind the Oscars and BAFTAs will evolve to become more inclusive, Erivo said, “I hope so, because we can’t keep doing this and noticing it and doing nothing, so maybe now we start doing something about it.”

Despite concerns about inclusivity, the actor went on to call this awards season, in which she has figured prominently, a “dream come true in real time.”