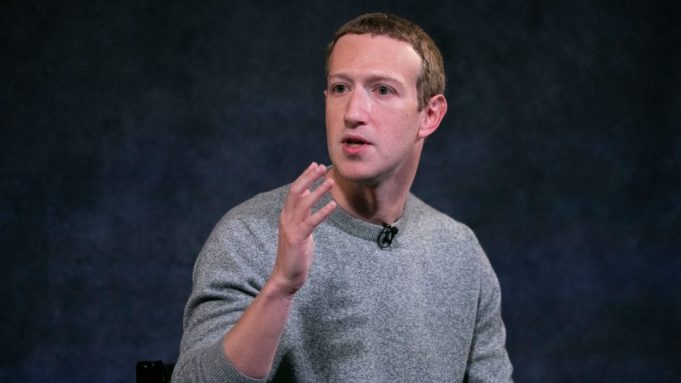 Facebook CEO Mark Zuckerberg said he “struggled” with how to respond to President Donald Trump’s posts — on both Facebook and Instagram — suggesting the government would fire upon rioting crowds.

Ultimately, while Trump’s posts included a “troubling historical reference” and Zuckerberg said he “disagree[s] strongly with how the President spoke about this,” Facebook decided to not remove them.

“I know many people are upset that we’ve left the President’s posts up, but our position is that we should enable as much expression as possible unless it will cause imminent risk of specific harms or dangers spelled out in clear policies,” Zuckerberg wrote in a post Friday evening. “People can agree or disagree on where we should draw the line, but I hope they understand our overall philosophy is that it is better to have this discussion out in the open, especially when the stakes are so high.”

The Facebook CEO’s explanation came as protests erupted nationwide Friday over the police killing of George Floyd, a black man who died Monday in Minneapolis after a city police officer was kneeling on his neck.

Facebook’s lack of action on the Trump post stood in contrast to the approach taken by Twitter, which — for the first time — applied a warning label hiding the president’s tweet, which the company said was because it violated the Twitter policy against glorification of violence.

Early Friday morning, Trump wrote in posts on Twitter, Facebook and Instagram that he had committed military support to Minnesota. He criticized “the very weak Radical Left Mayor, Jacob Frey” and warned Frey to either “get his act together and bring the City under control, or I will send in the National Guard & get the job done right.” Trump then called the rioters in Minneapolis “THUGS” and wrote, “Any difficulty and we will assume control but, when the looting starts, the shooting starts. Thank you!”

Observers quickly noted that Trump’s “when the looting starts, the shooting starts” comment was the exact phrase used by Miami’s racist police chief in 1967 when he spoke about brutally suppressing civil unrest in black neighborhoods. Trump later claimed he was unaware of the racist history of the “looting and shooting” phrase, saying at a White House event Friday afternoon that he had heard it “from many other places.” The president said, “I don’t know where it came from, I don’t know where it originated. I don’t know anything like that.”

In his post, Zuckerberg again tried to distinguish Facebook’s philosophy in dealing with controversial comments from Twitter’s.

“Unlike Twitter, we do not have a policy of putting a warning in front of posts that may incite violence because we believe that if a post incites violence, it should be removed regardless of whether it is newsworthy, even if it comes from a politician,” the Facebook CEO wrote, saying the company contacted the White House “to explain these policies as well.”

Facebook “looked very closely” at Trump’s post to evaluate whether it violated policies, according to Zuckerberg. “Although the post had a troubling historical reference, we decided to leave it up because the National Guard references meant we read it as a warning about state action, and we think people need to know if the government is planning to deploy force,” he wrote. “Our policy around incitement of violence allows discussion around state use of force, although I think today’s situation raises important questions about what potential limits of that discussion should be.”

Zuckerberg expressed empathy for black Americans angered by Floyd’s murder. “The killing of George Floyd showed yet again that for Black people in America, just existing means risking your life,” he wrote. “This comes weeks after the killing of Ahmaud Arbery and Breonna Taylor, and in the midst of Covid having a disproportionate impact on the Black community in the US. It continues a long and devastating history of human loss going back centuries.”

“Personally, I have a visceral negative reaction to this kind of divisive and inflammatory rhetoric,” he wrote about Trump’s post. “This moment calls for unity and calmness, and we need empathy for the people and communities who are hurting. We need to come together as a country to pursue justice and break this cycle.”

He continued, “I disagree strongly with how the President spoke about this, but I believe people should be able to see this for themselves, because ultimately accountability for those in positions of power can only happen when their speech is scrutinized out in the open.”

Zuckerberg has previously said the company will not fact-check political speech, including political ads. Over at Twitter, CEO Jack Dorsey did not back down in the face of a backlash by Trump and his supporters over Twitter’s move to apply fact-checking labels to his inaccurate tweets about mail-in ballots: In a May 27 tweet, Dorsey said, “We’ll continue to point out incorrect or disputed information about elections globally.” Last fall, the CEO said Twitter would stop accepting political ads (with only a few exceptions).