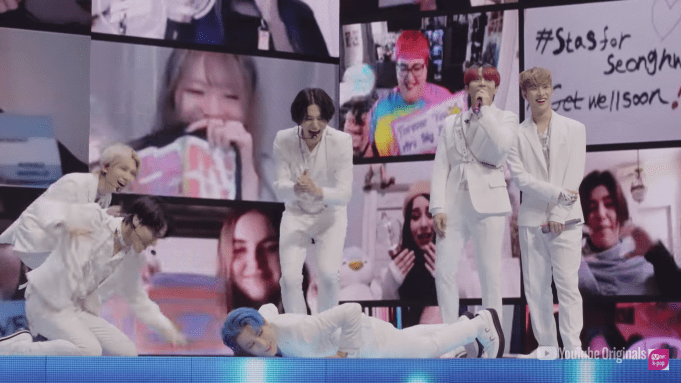 YouTube will debut “KCON:TACT All-Access,” the first docuseries taking fans behind the scenes of a KCON K-pop festival, next month.

The YouTube Originals docuseries follows the production of KCON:TACT 2020 Summer, the virtual K-pop festival that took place in June after KCON canceled its in-person events this year because of the COVID-19 pandemic. Over 14 episodes, it delves into how artists, producers and show organizers worked to put on the marathon, weeklong online festival, which included live concerts and dozens of meet-and-greets with more than 30 top K-pop artists participating.

“We are thrilled to partner with YouTube to bring this behind-the-scenes look at KCON:TACT, an event we all worked so hard to deliver to the fans,” said Hyun Kim, CJ ENM’s head of music concert and festival. “We are constantly searching for more ways to provide premium content to our fans and we hope they enjoy this peek behind the curtain.”

Added YouTube Originals manager Kohta Asakura, “In a time of social distancing, we hope this series gives artists and fans an opportunity to connect on a deeper level by seeing firsthand how the inspiring performances were brought to life. Many tears were shed – and not just by fans!”

KCON:TACT 2020 Summer, which streamed around the clock for seven days from June 20-26, drew more than 4 million viewers from more than 150 countries. The production used augmented reality and mixed reality technology to show performers on virtual stages and to power features like interactive “fan walls.”

CJ ENM touts KCON USA as the largest fan festival in North America celebrating Korean culture and music. The convention launched in 2012 with over 10,000 attendees and has more than doubled annually since to over 158,000 fans at the 2019 KCON events in L.A. and New York, according to the company.