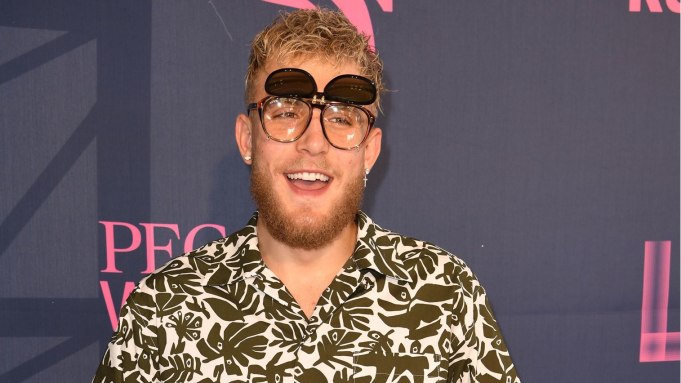 YouTuber Jake Paul wants you to be financially free, for $19.99 a month.

At a rally on Saturday, the content creator — along with influencer friends and around 50 teenage and tween-age fans, some chaperoned by parents — launched the Financial Freedom Movement (FFM) in partnership with GenZ Holdings Inc., a Los Angeles-based brand development group targeted at Millennials and Generation Z audiences.

Hollywood Sports Park — a multi-use outdoor paintball, soft-pellet and BMX venue in Bellflower, Calif. in southeast L.A. County — hosted the event, which Paul had posted about on his Twitter and Instagram accounts the day before, writing that “the education system is worthless” and that it was “teaching kids 0 real life skills for them to secure there [sic] own future.”

The launch included a meet-and-greet with Paul and opportunities to sign up for the platform as well as purchase FFM merchandise. Paul and friends made it rain money over the crowd, using Cash Cannons to stream single dollar bills from the second-floor VIP area.

The online platform — which costs $19.99 monthly — will feature curated content from social media influencers and business entrepreneurs, including Paul himself. Ostensibly, it’s a how-to guide on how to monetize an online presence, although Paul told Variety it’s for anybody who wants insight on how to make money from his/her/their passion. Subscriptions also include weekly group video calls with Paul and guest experts.

In the VIP area where Paul and friends gathered, several made signs with Sharpie pens and neon-colored poster paper with various FFM-isms: “I learned the periodic table but not how to do my taxes. Not awesome!” “Pi = 3.14 but how do I start a renters [sic] lease.” “School sucks start a YouTube channel today.”

Clad in Versace sneakers, fashionably torn jeans and rocking a diamond-encrusted Audemars Piguet watch (a birthday gift to himself which he said he bought for around $50,000), Paul arrived fresh from a trip to Miami, where he won a boxing match against gamer AnEson Gib (Ali Loui Al-Fakhri) last month. Before sitting down with Variety, Paul greeted pals and organizers, casually double-fisting different flavors of White Claw, daring a friend to chug one on-camera.

He said FFM came out of his own experience as a frustrated student and subsequent success as an online personality and influencer.

“I was like, ‘Why are we sitting in class right now, learning the quadratic formula when we should be learning about taxes and insurance?’” said Paul, although he noted the desire to learn about the latter two didn’t come until after he became a full-fledged YouTube celebrity. He has almost 20 million subscribers on the platform.

FFM is, according to Paul, his chance to use his position as an influencer for good. To empower the next generation of digital entrepreneurs who don’t want to necessarily follow the 9-to-5 daily grinds that their parents did or be mired in student loan debt after college.

Paul dropped out of school after 11th grade, completing his diploma through an online course.

“I just got the answers from a cheat site and put it in and didn’t have to do any work,” recalled Paul, whose career includes a stint on Disney Channel show, “Bizaardvark.” He suspects other reluctant students are doing the same.

Both Paul and his older brother, Logan, leveraged their followings on the now-defunct video platform Vine into content creation powerhouses, most notably on YouTube.

Their careers have included a number of controversies, including Logan posting a graphic video of an apparent suicide in a Japanese forest in 2017 and Jake allegedly terrorizing his neighbors with boisterous parties and made-for-video pranks. Last year, two women were transported to the hospital with minor medical conditions following a massive party Paul threw for rapper Desiigner at Paul’s home in Calabasas. And this isn’t Paul’s first foray into creating an educational platform: his previous school Edfluence aimed to instruct students on how to grow strong social media followings. The 2018 launch was met with mixed reviews.

Does Paul’s anti-establishment rhetoric mean the ethos of the Financial Freedom Movement is staunchly anti-education? No, said Paul.

He added that the program does not have a set curriculum — the word itself evokes a sense of rigidness — but people who sign up will learn how to market themselves, the strategies behind going viral, and practical tips on how to handle business meetings and even roommates. Which might not be a set “curriculum” but sounds, at the very least, like an informal syllabus.

When asked if he thinks parents would regard FFM as sending a dangerous message to younger fans, Paul paused.

“That’s a tough question,” he said. “I would say why would you ever stop your kid from learning anything that is going to make he or she smarter? That sounds terrible. And it doesn’t have to be like, ‘I’m taking this course, and I’m dropping out.’”

As for what being “financially free” means to Paul: he said it’s a combination of being financially independent, self-reliant and self-made. The ability to go on two-month vacations at the drop of a hat and, yes, the freedom to throw over-the-top parties. Which, by the way, he still plans to do.