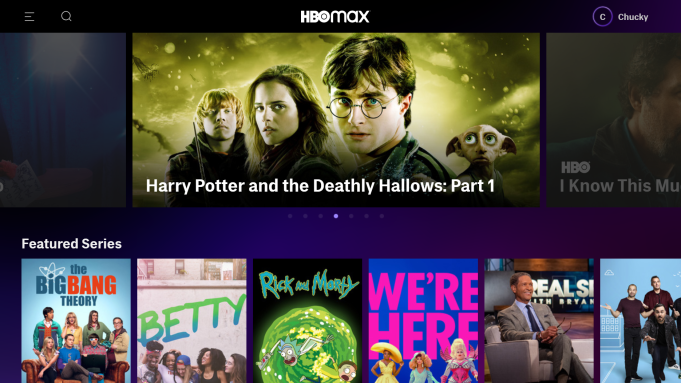 WarnerMedia’s HBO Max is now live, packing in twice the content of legacy HBO for the same $14.99 monthly price. But for now, it’s unavailable on Roku and Amazon’s streaming platforms, which represent more than 80 million TV households.

Currently, you can’t access HBO Max on Roku or Amazon Fire TV devices, and if you’ve subscribed to HBO through Roku Channels or Prime Video Channels you’re also out of luck. That’s frustrating for customers who use those platforms, and it obviously will inhibit HBO Max’s initial uptake. Talks between WarnerMedia and the two companies continue, but there’s no indication when the parties may come to any agreements.

Pre-launch, WarnerMedia had secured a dozen distribution deals for HBO Max. Then on Wednesday the company announced that it also sealed a pact with Comcast for the streaming service.

But the absence of Roku and Fire TV platforms represents a huge gap in HBO Max’s reach: Roku had 39.8 million active user accounts at the end of March (and that’s higher now). In January, Amazon said Fire TV had over 40 million active users; the company says that number is higher now but isn’t providing an updated figure.

What’s the stumbling block for Roku and Amazon?

According to sources, besides haggling over revenue-sharing terms, a key objection the OTT companies have with HBO Max is the shift to an app-based distribution model, in which all of the content is funneled through WarnerMedia’s walled garden — instead of through the Roku and Amazon channel platforms. Meanwhile, there are issues to be resolved about how advertising will be divvied up for an ad-supported, lower-cost version of HBO Max that WarnerMedia plans to launch in 2021.

John Stankey, AT&T’s incoming CEO and former head of WarnerMedia, spoke about the lack of HBO Max deals with Roku and Amazon in an appearance on CNBC’s “Squawk Box” earlier Wednesday.

“Roku and Amazon at this point have elected to not be distributors,” he said. “We must be doing something right if somebody believes we are now starting to be more in conflict with their business, so I don’t necessarily take that as a bad sign.”

Despite the absence of Roku and Amazon, he added, “We have a broad list of distributors who are working with us.”

Stankey said that the irony in the current standoffs, from where he sits, is that when the U.S. government sued to block AT&T’s acquisition of Time Warner, the concern was that the telco would withhold content from distributors. “What we have now is we have new distributors, new technology distributors, who are electing to not distribute the product,” Stankey said. He also complained that the antitrust challenge to AT&T’s Time Warner bid set back the company’s ability to pursue its bigger direct-to-consumer strategy for a year and a half.

In a statement about HBO Max, a Roku spokesman told Variety, “We are focused on mutually positive distribution agreements with all new OTT services that will deliver a quality user experience to viewers in the more than 40 million households that choose Roku to access their favorite programs and discover new content. Unfortunately we haven’t reached agreement yet with HBO Max. While not on our platform today, we look forward to helping HBO Max in the future successfully scale their streaming business.”

Amazon, for its part, said in a statement: “AT&T is choosing to deny these loyal HBO customers access to the expanded catalog. We believe that if you’re paying for HBO, you’re entitled to the new programming through the method you’re already using. That’s just good customer service and that’s a priority for us.”

HBO Max, in which WarnerMedia plans to invest $4 billion over the next three years, launched early Wednesday with 10,000 hours of premium content (although that’s less than one-third the lineups of Netflix, Hulu or Amazon Prime).

“Our goal, frankly, is not to be Netflix — it’s to be something different,” Stankey said on CNBC. “Our goal isn’t to crush Netflix. It’s to meet customer needs.”