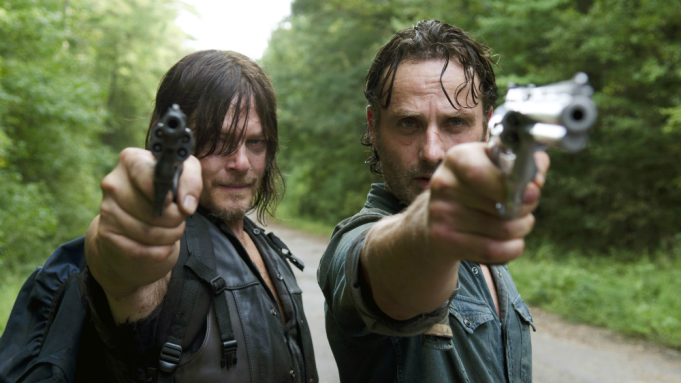 “The Walking Dead” franchise is getting another free outlet: AMC Networks inked a deal with Amazon’s IMDb TV to add six channels to its “live” lineup on the free, ad-supported streaming service.

Two AMC channels already have launched on IMDb TV: The Walking Dead Universe Experience — which includes select past episodes of the original zombie show and its spinoffs — and AMC: Presents. In the next few months, IMDb TV will add four additional channels from the basic cabler to the “watch live” linear selection: Absolute Reality by WE tv, Rush by AMC, IFC Films Picks, and Slightly Off by IFC.

The Walking Dead Universe Experience channel is exclusive to IMDb TV (with some content not available anywhere else), but the others are not. Earlier this year, the programmer signed a similar deal for “The Walking Dead” and other shows with ViacomCBS’s Pluto TV free-streaming linear service.

The Walking Dead Universe Experience on IMDb TV is a dedicated channel created includes select full episodes of “The Walking Dead,” “Fear the Walking Dead,” “Ride with Norman Reedus,” “Friday Night in with the Morgans” and more, along with exclusive behind-the-scenes footage, plus bonus content, original digital series, cast interviews and fan-favorite episodes.

AMC: Presents provides a collection of original series including “Turn: Washington’s Spies,” “Halt and Catch Fire,” “Rectify,” “Making of the Mob,” and “Into the Badlands,” as well as movies, unscripted originals, and more.

IMDb TV launched free linear channels earlier this year, and with the two new AMCN channels it now has 20; other channels include those for family films from FilmRise, TasteMade, “Divorce Court,” and Gordon Ramsay’s “Hell’s Kitchen” and “Kitchen Nightmares.” The “live” channels stream like traditional TV (i.e., the titles are not available on-demand), like Pluto TV.

Amazon has been steadily ramping up the programming on IMDb TV since launching it in January 2019, as its free ad-supported streaming complement to the membership-based Prime Video.

For AMC Networks, the pact is the latest bid to milk cash from its programming library, particularly “The Walking Dead.” The primary series is coming to end with season 11, while AMC has ordered a spinoff series centered on the Daryl Dixon and Carol Peletier characters.

“This comprehensive, tailored content solution for IMDb makes the great shows and franchises AMC Networks is known for available to even more fans and viewers and expands our programming footprint in a compelling way on an exciting and emerging platform,” Kim Kelleher, president of advertising sales and partnerships for AMC Networks, said in a statement.

Later this year, IMDb TV is slated to add Absolute Reality by WE tv (with shows including “Bridezillas,” “Kendra on Top,” “Joan & Melissa,” “LA Hair,” “Mary Mary,” and “Platinum Weddings”); Rush by AMC, with action and thriller movies; IFC Films Picks with art-house films, documentaries and and genre films; and Slightly Off by IFC, with comedies including “Portlandia,” “Brockmire” and talk show “Comedy Bang Bang.”