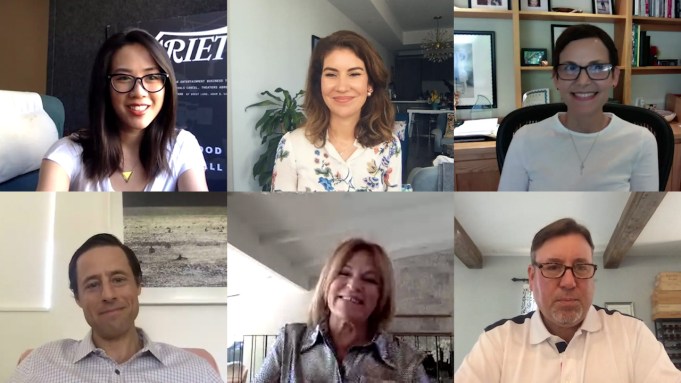 Following George Floyd’s death at the hands of Minneapolis police officers, many entertainment companies have made statements and pledged donations as well as internal initiatives to insure that the future of entertainment reflects all American voices.

President and COO of Skydance Media Jesse Sisgold pointed out during the latest episode of the Variety Streaming Room’s weekly series “Rebooting the Entertainment Industry” that although these statements are a great show of unification, what is really imperative is that the industry takes action to reflect diversity both in their content and within their companies.

“I think it’s going to be on all of us on this panel and beyond to make sure that [these statements] translate into action. I know at our company, we’re holding a lot of roundtables and having discussions,” Sisgold said. “It’ll vary from improving our hiring practices, making sure our internship is more of an outreach program than it has been and making sure that we are cognizant of the stories we tell and who we work with.”

Presented by Skydance Media and in partnership with PwC and the Ad Council, the panel was moderated by Variety‘s Elaine Low and consisted of Sisgold, President and COO of Skydance Media; Sandra Stern, President of Lionsgate Television Group; Romina Rosado, SVP of Entertainment and Content at NBCUniversal Telemundo Enterprises; Julie McNamara, Head of Programming at CBS All Access and PwC Principal and U.S. Media and Entertainment Consulting Leader Greg Boyer.

Similarly to Sisgold, Lionsgate Television Group’s Stern called for the change to continue long after the protests end.

“What steps are we as an industry going to take to rectify that inequality, to bring more racial diversity and inclusion in our executive suits, into the programming that we’re doing?” Stern said. “What steps are we going to take once the outcry dies down? We can’t go back to what was normal two weeks ago. We need to think of this time as a reexamining and re-imagination, and really as a lightning rod for change.”

Speaking for NBCUniversal Telemundo Enterprises, Rosado recognized that they often represent only a certain type of Latinx individual. To amend this, she said that her company is focusing on hiring more Afro-Latinos and representing them on-screen as well. Rosado called for greater diversification of content on film and television not only because it’s the right thing to do, but because it reflects the ways in which the demographic of the U.S. is shifting.

“The reality is that this country in twenty years is going to be minority white. And if you look at the programming that everyone, including Telemundo puts on right now, it is only reflective of one slice of the population and we’re not really seeing a lot of Asians, Black people, Latinos in our regular programming,” Rosado said. “Either we change, or the audience is going to look for other platforms and other content providers that are going to give them content that reflects them and their experience in this country.”

PwC’s Boyer emphasized that change begins from the top-down, meaning that hiring practice within executive boards need to change immediately.

Beyond the greater inclusion of diverse voices within the entertainment industry, the panel also discussed the challenges and changes they face when it comes to restarting production. Sisgold and McNamara of CBS All Access confirmed that they are hopeful to begin in-person production in September; however, they both recognized that the type of content produced must remain contained for quite some time. McNamara shared that CBS will be focusing mainly on unscripted content and stage-based shows.

“Some of our programming decisions will probably be based ultimately around what can go back to production quickly because it’s more producible and more contained, versus types of shows that require more interaction with hundreds of people which is going to be probably challenging for the foreseeable future,” McNamara said.

Sisgold and Stern both confirmed that despite production being put on hold, pitching and development have not slowed down. In fact, the pandemic has allowed them to open their minds to stories and content that they may have brushed aside before.

“The creativity is still there, and in fact the challenge of the constraints has required us to be a little more innovative,” Stern said.

Sisgold echoed her sentiment: “It’s really time to fully embrace the idea that a great story is a great story, and just making sure you have the right voices to tell it.”

Watch the full seminar below: