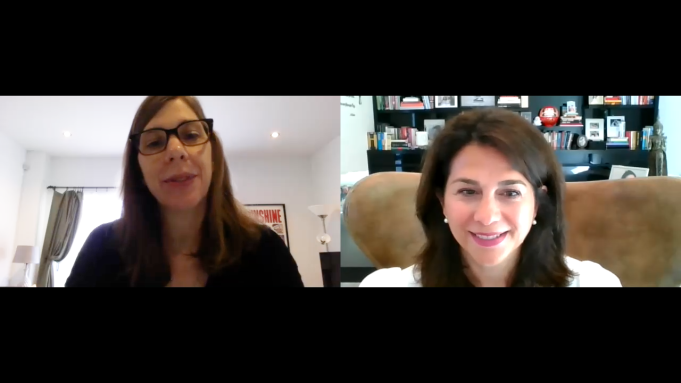 Variety‘s virtual Power of Law event presented by City National Bank brought in experts from across the industry on July 15 to discuss the importance of making entertainment more equitable for both those in the spotlight and behind-the-scenes.

LaPolt, this year’s Variety Power of Law honoree, has made it her mission to advocate for songwriters to receive the royalties they deserve. As a key supporter and adviser of the Music Modernization Act, LaPolt has worked to reform decades-old legislation that makes it harder for songwriters to earn their fair share in the age of digital streaming services. In conversation with Gerson, LaPolt shared why the act is so revolutionary.

“For the first time in American history, you have songwriters at the table in connection with the collection and the administration of mechanical royalty income. It’s going to really revolutionize the way that songwriters and music publishers get paid in America,” LaPolt said. “Before the MMA, all the record companies collected the mechanical royalty income and they would give the money to the publishers, and if you were self-published then they would give the money to the songwriters.”

Gerson commended LaPolt’s work, highlighting her dedication to the cause and commitment to putting songwriters first.

“It’s not like you’re making money from advocating for songwriters – you’re not. Everything we do that benefits songwriters, benefits us,” Gerson said of Universal. “You don’t get the same benefit financially, and yet you found this passion to advocate for songwriters and I want to applaud you for that because it’s made a tremendous difference.”

Beyond songwriting, there is also a tremendous need to make the film and TV industry more fair when it comes to representation. This is a cause Brown has championed as the CEO of an equity fund built to finance the films of women, members of the LGBTQ+ community, people with disabilities and people of color. However, Brown doesn’t only want more representation in the films themselves, but from investors as well.

“What I’m looking to do is not only be inclusive in front of the camera in the projects that we do, but also in our financing table as well and our investors,” Brown said. “I want to welcome them to demystify what investing actually looks like in financing a film.”

By amplifying the voices of her filmmakers, Brown hopes to further diversify the stories that are told about women, LGBTQ+ people, people with disabilities and people of color.

Franklin, who worked on “The Pursuit of Happyness” and produced “Breakthrough,” echoed Brown’s sentiment.

“It’s really important to humanize the portrayals of people of color, specifically Black people, because historically the portrayals of us, especially in film have been very narrow,” Franklin said. “One of the ways to show that Black lives matter is not always doing movies that are political or about social justice. While those are important, it’s also important to provide a spectrum of content and entertainment that shows the well-rounded nature and perspective of people of color.”

Furthermore, Franklin encouraged those in law to take it upon themselves to ensure that their Black clients are paid fairly.

“We’re talking about the power of law – if you are an attorney right now, and you are representing clients of color, begin to look through the files and say, ‘OK, for the same level of talent, my clients of color get offered this, but my white clients get offered that. But Black lives matter, so as a representative, I’m not going to let the studios or networks get by offering less pay for the same services,'” Franklin said.

There’s also a need for equity on the corporate side, as Coffey pointed out. City National Bank is building a mentorship program to help give opportunities that ensure that this is a movement, not a moment.

“We’re looking at a really interesting sponsorship and mentorship program, because where we need to focus in addition to putting out the right messages at the branch level, is senior leadership,” Coffey said. “I’ve been working to make our leadership team more diverse over the past year, adding both female and Hispanic representation to our executive community – and we have more work to do.”

Franklin emphasized that, in the end, change comes down to the individual – especially those who are in places of power.

“No matter what I as a person of color do, I’m not the person in power,” Franklin said. “I can be vocal about it all day long, but ultimately it’s going to take somebody white and in power to say, ‘You know what, I hear you and we’re going to partner with you to make change and make a different choice.'”