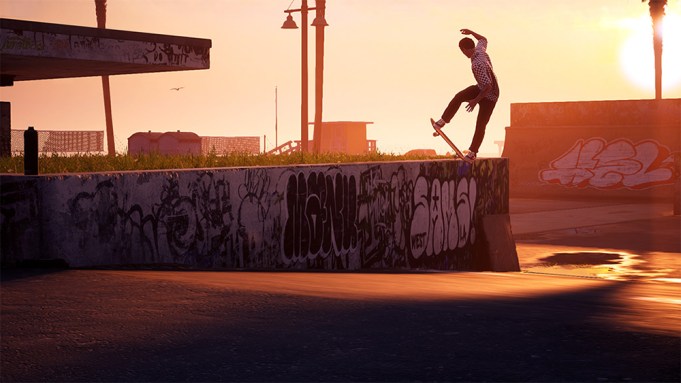 The upcoming remaster of “Tony Hawk’s Pro Skater 1 + 2” managed to nab the entire original roster for what’s being touted a very “faithful” new look at the classic skateboarding games — but it’s also getting some new additions.

“Modern-day skateboarding originated from a generation of skaters who grew up playing the original Tony Hawk’s Pro Skater games,” said Michelle Bresaw, VP of product management and marketing at Activision, in a statement. “The world-class pro skaters we’re adding to this remaster took the tricks and combos from the video game and made them possible in real life. We’re proud that the remaster will represent the skate culture landscape today with a diverse roster of skaters that will appeal to any gamer.”

The reveal does, indeed, bring some diversity to the remaster’s lineup, and obviously represents a much younger generation of pros, who will be bringing all of their own signature tricks to the gameplay. The original skaters, who will appear as their current ages in the remaster, are now in their 40s and 50s. The newcomers, meanwhile, range in age from 18 to 30.

The youngest skateboarder to join the lineup, 18-year-old Japanese pro Nishimura, told Variety that, although she’d never played a “Tony Hawk” game before, she’d heard about it, and hopes the remaster can inspire a new generation of skaters.

“You don’t have to be able to skate or know skateboarding to play a skate video game, so I think that’s the beauty of this,” she said through a translator. “I want this to become their first contact — if they’ve never had any connection with skateboarding, through this video game, I want them to be encouraged to be like, ‘OK, I played the game and it was fun. Now I wonder what it actually feels like to get on the skateboard and try it out.’ “

Speaking to Variety earlier this month, Simon Ebejer, the COO of Vicarious Visions, the developer taking on the remake, touted “a high-quality original remaster” that should feel very familiar to fans of the original. Having obtained the handling code from the first two games from Neversoft, the late studio that developed the original “Tony Hawk’s Pro Skater,” Vicarious brought that to its own engine, re-arting all 19 original levels in 4k. For her part, Nishimura said she was “blown away” when she eventually saw herself in-game.

Activision also announced on Monday that those who pre-order the remaster will also gain access to the Warehouse Demo on Aug. 14, before the game’s official launch on Sept. 4. “Tony Hawk’s Pro Skater 1 + 2” will be available for PS4, Xbox One and PC with a suggested retail price of $40, with a deluxe edition featuring unique content and in-game gear at a suggested retail price of $50.

Watch gameplay footage of the new skaters in action above.