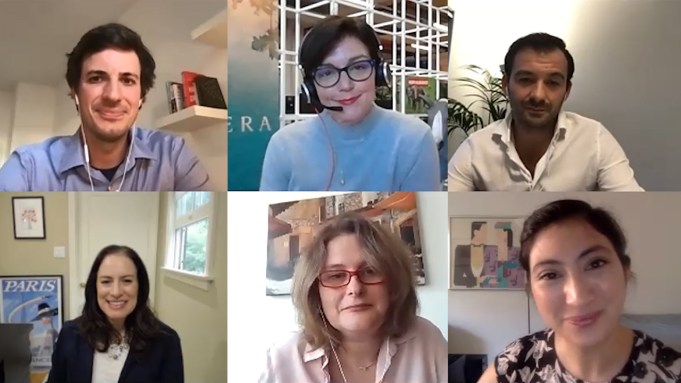 With the COVID-19 pandemic keeping everyone indoors for most of the year, it’s no secret that streaming has skyrocketed on a global scale. Though content is typically key; in an environment where all platforms are producing quality content, what makes a streaming service stand out?

Once the pandemic hit, all of their respective companies saw drastic increases in activity.

“We anticipated that 2020 was going to be the start of the streaming decade as we call it. What we didn’t expect is that it’s going to be accelerated so much with COVID,” Roku’s Poltorak said. “This trend is across the board. Pretty much in every territory you see this increase. What it signals to us is the fact that, like in every other change in media consumption that happened over the last maybe 50 years, these things are there to stay. There’s not a reverse back.”

But the boom wasn’t just in regards to streaming – Jollet said Viacom CBS had increasing numbers within its linear model as well.

“A lot of people are talking about the success of streaming in this time, but actually, even the linear business made amazing ratings in that time, so it probably was the highest conscription on TV that we ever saw in the last decade,” Jollet said.

Weinstein also perceived a change in the types of content people were consuming on YouTube, which focused more on virtual events in addition to how-to and DIY videos.

“They turned to YouTube even more to find the virtual music venues and to find the Rolling Stones launching their new album or to celebrate Ramadan,” Weinstein said. “Folks were learning how to make sourdough bread, learning how to cut their hair, all kinds of things that people suddenly realized they needed to know when they were at home.”

As CEO of Bitmovin, Lederer viewed this shift in content consumption as a chance to enter new markets.

“We heard about the workout classes and the cooking classes and the things like that, that’s exactly what we see, and in particular, we see that as an opportunity for existing businesses to come up with new business models, especially when they are affected by the lockdown,” Lederer said.

The pandemic has certainly heightened the demand for new, exciting content from all platforms. However, Jollet contends that success is not solely in the quality of the content, but in its curation, which is an issue Viacom CBS’s new streaming service Pluto TV is attempting to tackle.

“I believe we are now living in a content jungle, and it’s a challenge for users to find the right show to watch. I think that’s really one of the ideas of Pluto, is to create channels like TV used to do, thematic channels,” Jollet said. “They are very engaged with all this original content, but sometimes, they just want to do something else and just get inspired.”

Another way to stand out to viewers – and on a global scale – is by including more representation than ever before within all types content.

“I think if we’ve learned anything else this year, it’s that we need to be more representative in our content. We need to have more diversity and inclusion, Millichip said. “Any new technical development for me is exciting in so far as it helps us bring better content, more diverse and broad content, to a wider audience.”

Weinstein agreed, citing YouTube’s $100 million fund for Black creators as a way the platform is hoping to amplify their perspectives during this time.

“One of the things obviously that’s so valuable about YouTube is it does bring diverse perspectives” Weinstein said. “I think one thing we all can kind of agree on is that users are really looking for that diverse perspective that represents themselves.”