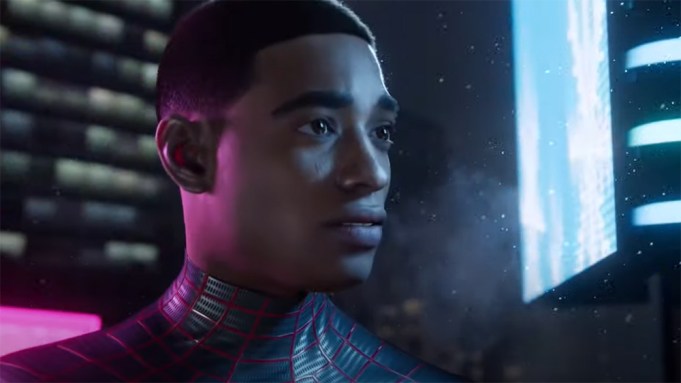 Sony Interactive’s been tight-lipped about the PlayStation 5, but finally released the first details of the new console during a live-stream on Thursday.

Announced at the top of the live-stream, among the first titles for the PS5 will be another installment in the beloved “Spider-Man” series, this time focusing on Miles Morales. Officially titled “Spider-Man: Miles Morales,” it will be released later this year over the holiday season, which marks a major surprise.

Some of the biggest reveals came near the end of the broadcast, including a remake or remaster of “Demon’s Soul” from Bluepoint Games and Japan Studio. The next “Resident Evil” game, titled “Resident Evil 8: Village,” got a new trailer and gameplay. But the big closer: the sequel to “Horizon Zero Dawn,” “Horizon: Forbidden West,” was unveiled, showing off a new cinematic trailer with Aloy riding a robotic horse. A release date was not announced.

“Gran Torismo 7” was also revealed, along with footage from the racing game, as well as a new “Ratchet & Clank” game, subtitled “Rift Apart.” Sony also announced that “Grand Theft Auto V” will be coming to the PS5 in 2021 in an “expanded and enhanced” form.

Viewers finally got a first look at the design of the console, with a sleek, black and white body and matching Dualsense controller. Additionally, Sony showed off a discless version of the console, called the PS5 Digital Edition. Prices for either console have not yet been revealed, nor has an exact release date beyond holiday 2020.

Some original new games were teased as well, including Square Enix’s “Project Athia,” which comes from the developers of “Final Fantasy 15,” Luminous Productions, and will be a PS5 exclusive. Indie publisher Annapurna Interactive will also come out with “Stray,” which showed a cat navigating a futuristic sci-fi universe.

Another new PS5 exclusive: “Returnal,” a third-person shooter from Resogun devs Housemarque that follows a woman who ends up on an alien planet. “Destruction Allstars,” a car action/combat game, was also revealed, coming from developer Lucid, as was the colorful action/adventure game “Kena: Bridge of Spirits.”

In a different vein, the star of “LittleBigPlanet” is getting a new game with 3D platformer “Sackboy: A Big Adventure.” “Goodbye Volcano High,” featuring anthropomorphic animal teenagers and hand-drawn-style animation, is coming in 2021.

“Oddworld” creator Lorne Lanning presented the latest installment in the long-running series, “Oddworld Soulstorm,” showing off a flashy first trailer. Bethesda had a offering, too, with “Ghostwire: Tokyo,” which was first announced at last year’s E3. New sci-fi adventure “Jett: The Far Shore” will be coming in holiday 2020.

Action RPG “Godfall,” which was previously announced to be coming to the PS5, got some new footage, and Annapurna had another reveal in the artsy “Solar Ash.” Io Interactive was on hand to announce that “Hitman 3” will be arriving in January 2021, and the return of Astrobot was also revealed with “Astrobot’s Playhouse.”

Aside from the games, the hardware got a spotlight as well, with a close-up on the DualSense. Sony boasted ray-tracing, a built-in microphone, a motion sensor and an audio jack.

Watch all the major trailers below.