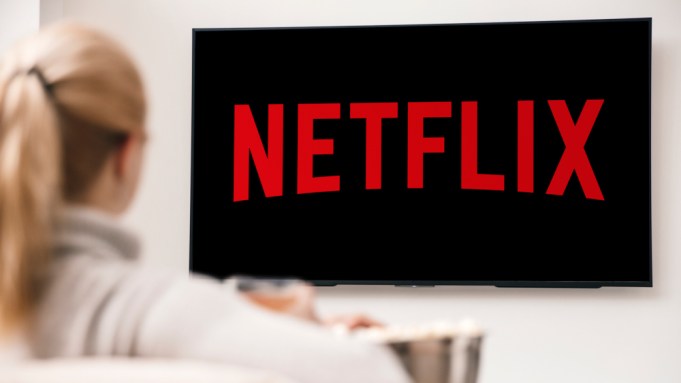 UPDATED: Shares of Netflix dropped in Wednesday, after the streaming giant reported a gain of just 2.2 million subscribers for the third quarter of 2020 — a major slowdown from its record COVID-driven gains in the first half of the year.

Netflix execs downplayed the Q3 subscriber miss, and the company claimed that if its third quarter had been just two days longer it would have come in ahead of its guidance of 2.5 million net adds.

CFO Spence Neumann, on Netflix’s earnings interview Tuesday, said the miss of 300,000 subscribers — on a member base of about 195 million — is “pretty much forecast noise.” He noted that year to date, Netflix has gained a little over 28 million paid streaming customers, already topping the 27.8 million added in all of 2019.

“Retention remains well at very healthy levels, better than we were a year ago, [and] acquisition remains strong,” Neumann said. “[T]o measure our business, it’s really not based on any single quarter of growth fluctuation… [I]t should be measured in multi-quarter and multi-year trends.”

Analysts generally remained upbeat on Netflix. The company topped revenue estimates for Q3, and many Wall Street analysts believe it’s well positioned to maintain its lead in the subscription-streaming category.

“We remain bulls on the Netflix story as Netflix offers consumers an increasingly compelling unique entertainment experience on virtually any device, without commercials at a still relatively low cost,” Jeffrey Wlodarczak, Pivotal Research Group analyst, wrote in a research note after the Q3 earnings report.

Wlodarczak expects Netflix to make “further material price increases” to the service while also continuing to grow subscribers. “In the end our view is that very few players can (or will) be able to keep up with Netflix content spend levels,” the analyst wrote. “Ultimately Netflix will (continue to) be the dominant global SVOD player with Disney+/Hulu a complementary second tier player, with Amazon on the periphery.”

Netflix reported better-than-expected free cash flow for Q3 of $1.1 billion (versus -$551 million in Q3 of 2019), largely because productions have been halted over COVID, which has pushed out its cash spending on original content.

The improvement on free cash flow (FCF) led analysts to predict Netflix will be able to keep its profitability flywheel spinning nicely. With a projected $2 billion of FCF generation for full-year 2020, “Netflix may not need to access the capital markets again to fund its growth” after the company issued about $11 billion in long-term debt from 2015-19, Morgan Stanley analyst Ben Swinburne wrote in a research note. (In its Q3 shareholder letter, Netflix said, “As indicated last quarter, we don’t
have plans to access the capital markets this year.”)

Netflix is targeting an operating margin of 18% for 2020 (up from 16% previously) and 19% for 2021 — and Swinburne sees the latter target as “conservative.” In the past two quarters, Netflix generated about $4 of profit per month per subscribers and a 40% gross margin, he noted. In addition, Netflix’s streaming obligations (essentially IOUs that the company owes for content it has licensed) have fallen on a per-member basis by nearly 40% since early 2018.

“Over the long-term, self-produced content that Netflix owns outright should create more margin and FCF in the model and has the potential to spawn true franchises like ‘Stranger Things’ or ‘The Witcher,'” Swinburne wrote. The analyst raised his 12-month price target on Netflix stock to $640 per share on improved FCF outlook.

At this point, investors will focus on how long Netflix stock needs “to digest the slower gross add trajectory” compared with the outsize growth from the first half of 2020, UBS Securities’ Eric Sheridan wrote in a note.

That said, “we are still convinced that the [long-term] narrative is intact” for Netflix, Sheridan wrote, also citing the company’s progress on long-term free cash flow.

Regarding its content pipeline, Netflix is “back to near steady state in physical production” after COVID disruptions, co-CEO and chief content officer Ted Sarandos said on the earnings interview. Since mid-March, according to the company, Netflix has already completed principal photography on more than 50 productions and is optimistic it will “complete shooting on over 150 other productions by year-end.”

In Q4, Netflix has a “robust” originals slate, according to Cowen & Co.’s John Blackledge, which includes “Haunting of Bly Manor,” “Emily in Paris” Season 1, “The Crown” Season 4, and films such as the animated “Over the Moon” and Adam Sandler’s “Hubie Halloween.”