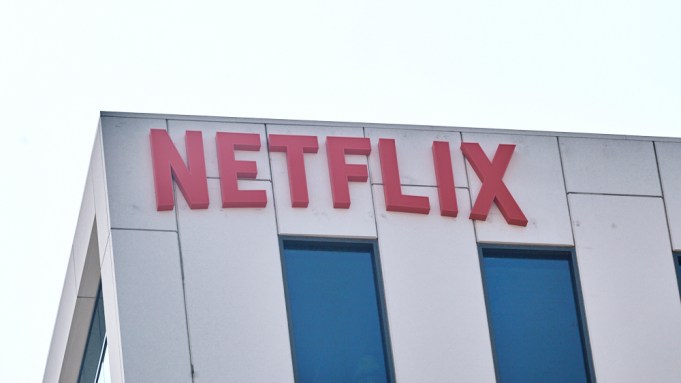 Netflix’s growth in the third quarter cooled considerably after its blockbuster COVID-fueled bump in the first half of 2020.

The company netted 2.2 million subscribers in the third quarter of 2020 — below Wall Street’s expectations and under the Netflix’s own previous forecast. The streaming giant also posted net earnings below analyst consensus estimates. Shares were down 6% in after-hours trading.

The company had previously forecast adding 2.5 million paid streaming customers in the third quarter, after record net adds of 10.1 million in Q2 and 15.8 million in Q1 this year — a massive lift Netflix attributed to stay-at-home orders amid the coronavirus crisis. That subscriber “pull forward” in the first half of 2020 led the company to forecast lower net adds in the back half of the year.

Netflix reiterated that point in its Q3 letter to shareholders, saying it missed the subscriber forecast for the September quarter “primarily due to our record first half results and the pull-forward effect we described in our April and July letters… In these challenging times, we’re dedicated to serving our members.”

As of Sept. 30, Netflix reported 195.15 million paid streaming customers worldwide, up 23.3% year over year. Subscriber growth was notably down in Latin America, where Netflix added 260,000 subscribers in the most recent quarter (vs. 1.49 million in the year-prior period).

In 2021, as “the world hopefully recovers” from the pandemic, Netflix expects its subscriber growth to return to pre-COVID levels. “We continue to view quarter-to-quarter fluctuations in paid net adds as not that meaningful in the context of the long-run adoption of internet entertainment, which we believe is still early and should provide us with many years of strong future growth as we continue to improve our service,” Netflix said in the shareholder letter.

Netflix said it still expects to launch more originals in each quarter of 2021 than this year, even with COVID production suspensions. “[W]e’re confident that we’ll have an exciting range of programming for our members, particularly relative to other entertainment service options,” the company told shareholders.

The company said it is making “good and careful progress returning to production.”

Netflix said it has restarted production on originals including “Stranger Things” Season 4, action film “Red Notice” starring Dwayne Johnson, Gal Gadot and Ryan Reynolds, and “The Witcher” Season 2. Since mid-March, according to the company, it has already completed principal photography on more than 50 productions and “we’re optimistic we will complete shooting on over 150 other productions by year-end.”

As has been its practice, Netflix also released self-reported viewing metrics for its biggest releases in the quarter. Leading the pack was Charlize Theron-starrer “The Old Guard,” the most popular title in Q3, garnering 78 million subscriber households viewing the action-thriller movie in the first four weeks of release. The caveat: Netflix tallies views based on every account that watches a given title for at least two minutes, rather than reporting average-minute audience as is the TV industry’s standard.

Netflix noted that its free cash flow was positive for a third consecutive quarter, coming in at $1.1 billion (versus -$551 million in Q3 of 2019). That’s largely because productions have been halted over COVID, pushing out its cash spending on original content.

As productions restart, the company projects FCF in the fourth quarter to be slightly negative, with free cash flow for the full-year 2020 to be approximately $2 billion (up from its prior expectation of break-even to positive). For 2021, Netflix is forecasting free cash flow to be between -$1 billion and break-even.