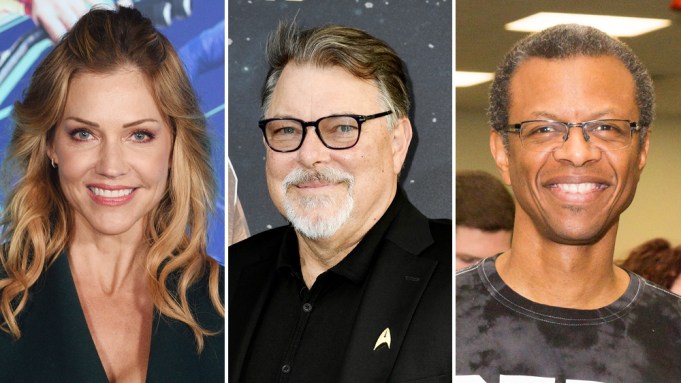 Aptly named “The Plague Nerdalogues,” the series is a compilation of fan-favorite actors reenacting classic geek scenes from film and television, all for charity. For example, Frakes will take on the role of Captain Kirk, Helfer will perform as Bill from “Kill Bill” and Lamarr as Samurai Jack doing Inigo Montoya from “The Princess Bride.”

The “Nerdalogues” will be uploaded to theplaguenerdalogues.com and available for a minimum $10 donation to No Kid Hungry. Once a donation has been made, viewers will receive a password that unlocks unlimited access to the platform as more video submissions continue to be posted.

The series was created by Marc Bernardin, TV writer for shows such as “Alphas,” “Castle Rock,” “Treadstone” and co-host of podcast “Fatman Beyond.”

“I’ve been sitting here, day after day, both watching the world slip and watching people do their best to stop it from slipping,” Bernardin told Variety via statement. “I’ve done a lot of the former and thought it was high time I tried doing the latter.”

Once the COVID-19 pandemic is over, Bernardin added that he hopes to make these videos free for nerds everywhere.

“When the ‘stay at home’ orders are lifted and we can all get back to doing the work we love, then this will have served its purpose and these videos will be made public,” Bernardin said. “Until then, I hope our collective love for both the geek world and the real world can do a little good.”