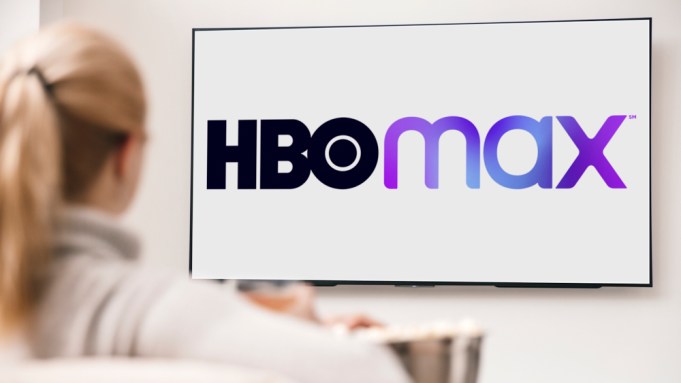 AT&T touted the growth of WarnerMedia’s HBO Max premium streamer, with activations more than doubling in the third quarter to 8.6 million. All told, 28.7 million customers were eligible to get HBO Max at the end of Q3.

As of the end of September, HBO and HBO Max subscribers in the U.S. together reached 38 million, exceeding the company’s initial year-end target of 36 million. The numbers show HBO/HBO Max combined had a net gain of about 1.7 million subscribers in Q3.

There’s a caveat: In its overall HBO Max number, AT&T rolls up all subscribers who are eligible to get it — even if they haven’t watched it. With total “activations” of HBO Max at 8.6 million, that means 70% HBO’s existing subscribers who have access to HBO Max for no extra charge still have not signed in to use the super-size streaming service.

Of the 28.7 million figure, 25.1 million HBO Max users come through wholesale agreements (i.e. through Comcast, DirecTV, Hulu and others) and 3.625 million are direct retail customers (an increase of 650,000 during the third quarter).

AT&T said its investment in HBO Max was about $600 million in the third quarter, with about $1.3 billion plowed into the streaming product year-to-date. Together, legacy HBO and HBO Max subs topped 57 million worldwide. WarmerMedia also said it’s on track to launch an advertising-supported version of HBO Max in 2021.

However, sales in WarnerMedia’s Warner Bros. group were down 28%, as the film and TV studio unit continued to suffer effects from the COVID pandemic. For WarnerMedia overall, AT&T estimated that the coronavirus drove down revenue by $1.6 billion and depressed EBITDA by $1.1 billion.

AT&T’s DirecTV unit continued to bleed subscribers in massive numbers with total pay-TV losses of 627,000, although that was a 55% improvement from an even more disastrous 1.4 million net decline in Q3 2019.

AT&T CEO John Stankey, on the earnings call, noted that the disruption of the sports calendar has been hard on WarnerMedia’s linear channels: “Sports content is important to our linear business, our cable networks business. It sustains it and keeps it an attractive must-have offering.”

But at the same time, Stankey signaled that AT&T would be restrained in bidding for sports rights pacts as prices continue to spiral. Certainly, his comments and the pressure on AT&T’s balance sheet from debt will keep the conglom out of the bidding for NFL rights — a megabucks negotiation that is in progress with the league’s incumbent networks.

“Our goal is not to become known as ‘the sports company,'” Stankey said. “I don’t see going deeper into sports as the right move for WarnerMedia.”

In Q3, Turner boosted Q3 revenue 5.6%, to $3.2 billion, on higher ad sales resulting from the shift of the NBA season into the third quarter plus higher intra-company revenue from sales to HBO Max. Turner turned in lower subscription revenues at regional sports networks.

HBO’s Q3 revenue for the third quarter was $1.8 billion, down 2.1% year-over-year, driven by lower content sales and lower licensing revenue, partially offset by growth in international revenue (primarily due to the May 2020 acquisition of the remaining interest in HBO Latin America Group and higher domestic direct-to-consumer subscribers). HBO operating expenses totaled $1.7 billion, up 55.7%, driven by increased programming investment related to the launch of HBO Max. As a result, HBO’s operating income margin was 3.4%, down dramatically from 39.3% in the year-earlier quarter.

Stankey told analysts that on HBO Max, “I would say absent the pandemic the game has played out much the way we expected it to play out.” The COVID pandemic has “put us in a tough spot” with HBO Max originals with production shutdowns, which are the key driver of subscriber signups whereas retention is driven by library titles, Stankey said. Overall, about 130 of Warner Bros.’ 180 TV and film productions that were in progress when the first wave of coronavirus hit have resumed, he said.

On the plans for HBO Max’s expansion into ad-supported VOD in 2021, Stankey said that will be “an important feature add-on” given the core HBO Max’s relatively high $15 monthly price point. The new AVOD tier — which will not be free and won’t serve ads in HBO originals — “allows us to not only broaden the platform offering, at a different price point” but also let AT&T and WarnerMedia use it strategically to promote other products and services.

Warner Bros. revenue for Q3 was $2.4 billion, down 27.7% versus the year-ago quarter, driven by the postponement of theatrical and home entertainment releases as well as lower revenue from TV licensing and productions. Warner Bros. operating expenses totaled $2.0 billion, down 26.6 percent versus the third quarter of 2019, primarily due to the production hiatus and lower marketing expenses.

AT&T’s 627,000 total video subscriber losses were primarily in its sagging DirecTV unit, which the telco has reportedly been trying to sell or spin off. Total “premium TV” subscribers (including DirecTV and the AT&T TV broadband service) were 17.1 million, down 590,000 sequentially and representing a loss of 3.3 million over the past 12 months. AT&T TV Now, the telco’s over-the-top service, shrank to 683,000, a loss of 37,000 in Q3 and down 462,000 year-over-year.

Overall, AT&T revenue was $42.3 billion, down from $44.6 billion in the year-ago period, with adjusted earnings per share of 76 cents versus 94 cents in the year-ago quarter. That topped Wall Street estimates for revenue of $41.61 billion and was in-line with EPS forecasts.

For the quarter, revenue declines — in addition to those at Warner Bros. — included domestic video, legacy wireline services and Latin America due to foreign exchange pressure. Those declines were partly offset by higher wireless equipment revenues and higher ad revenue associated with sports leagues shifting their schedules from the first half of 2020.

Stankey, in his prepared remarks, also touted AT&T’s wireless postpaid growth as “the strongest that it’s been in years,” with 1 million net additions including 645,000 phones. The company expects 2020 free cash flow to be at lest $26 billion, which “positions us to continue investing in our growth areas and pay down debt,” according to Stankey.