Coronavirus Drives 30% Surge in Video on Demand Viewing for March 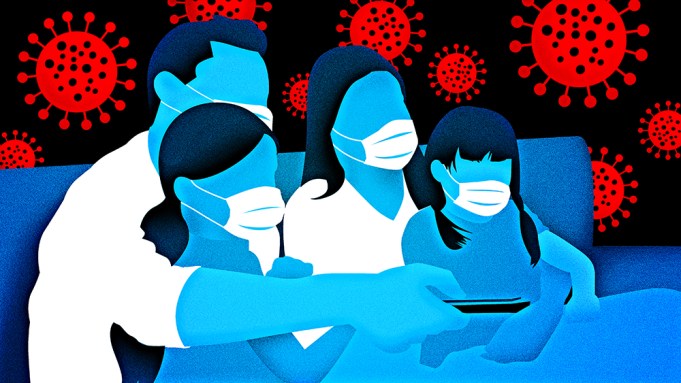 The coronavirus pandemic has driven a 30% year-to-year jump in video on demand viewing for March, data tracker Comscore has reported.

Comscore said the jump came as millions of Americans sought entertainment while complying with pandemic public health safety measures. “Further driving the March 2020 VOD viewing surge is that in reaction to this unprecedented situation, studios shifted some of their big screen content to on-demand platforms,” it added.

California was the first state to issue a “shelter in place” order on March 19. By March 30, 29 other states had issued similar orders.

SVOD had the highest growth in March, with a 53% increase in average transactions per subscribing household, followed by free on demand with a 21% increase. Comscore’s research also showed VOD jumped 57% during the final week of March, led by a 116% surge in SVOD.

Fitness saw the largest gain in March transactions for genres, soaring 147%. The life and home category was up 64%, followed by the premium genre, defined as content from HBO, Showtime and Starz. The music category slid 10% during the month.