Cole Sprouse on His New Podcast and Skeet Ulrich Leaving ‘Riverdale’: ‘I’m Ride or Die for That Guy’ 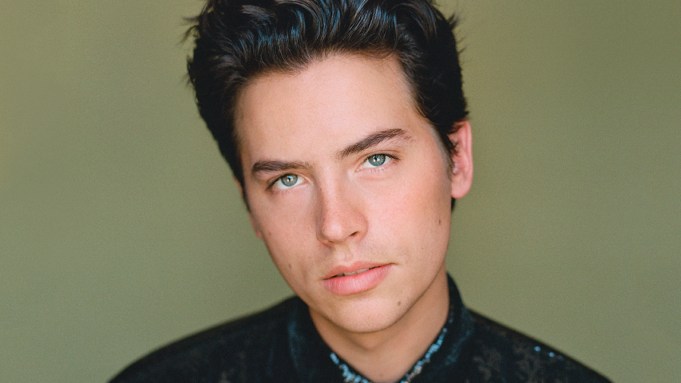 Cole Sprouse has been making good use of his time in lockdown, playing lots of video games — specifically “Animal Crossing” — and growing some epic facial hair. His mustachio’d appearance was originally for his role in the upcoming Lionsgate comedy “Undercover” and was recently documented in (socially distant) photoshoot that went viral.

The “Riverdale” actor is also debuting a new narrative podcast “Borrasca,” in which he stars and produces (in partnership with QCODE). The eight-episode mystery series debuted May 25. Rebecca Klingel, a writer for “The Haunting of Hill House,” wrote and created the show, centering on a thread that originated on the social news aggregation website Reddit.

It’s Sprouse’s first foray into voice acting, a new challenge he relished in, he said on “Variety Live.”

“It’s just finding that balance between how much emphasis you have to place on reading the dialogue when someone is only getting an emotion through something audible,” said Sprouse. “Like, let’s say ‘sadness’ — you don’t have the ability to rely on something like a quivering lip or like a physical expression or a manifestation of that emotion. Where do you have to push the line vocally, [I] found really fun and interesting.”

“Borrasca” centers on Sam Walker, whose family moves to a small mountain town in Missouri whose residents mysteriously go missing.

Sprouse is, of course, no stranger to mysteries, as Jughead Jones on the CW’s “Riverdale” for four seasons. The show was one of the first to shut down production in early March, after a member of production had come into contact with someone who tested positive for the virus.

While Sprouse said there is no hard start date for the cast and crew to return to work, the hit show’s fifth season will be down two key cast members. Marisol Nichols, who plays Hermione Lodge, and Skeet Ulrich, who plays Jughead’s father, FP, both announced they would not be returning as series regulars.

Ulrich candidly revealed on his Instagram account that he was leaving the show because he got “bored creatively.”

When asked if he has ever felt the same way, Sprouse said, “I think it’s easy, as an actor, especially on a long-term project to start feeling like, creatively, you’re repeating the same motifs or, or whatever it is. But in truth, Jughead was a much more prominent character than FP was on the show. So, I don’t think I’m really qualified to talk on that because to compare and contrast our two positions is sort of fruitless.”

As for what is making him happy right now — Sprouse is taking advantage of the downtime, while acknowledging that he is one of the few who have the privilege of doing so.

“This is one of those rare, rare times where, if you’re privileged and lucky enough to feel safe and be safe, to actually be able to relax, like truly relax. Take a step away from having to commodify almost everything you’re doing on a day-to-day basis and find time to work on your mental health and find time to work on your physical health,” he said. “I’ve tried to take as much time as possible to do nothing. Like truly nothing. Enjoy myself and sit and relax and grow out my mustache until it catches all of the soup that I’m cooking.”

Watch the full interview with Cole Sprouse on “Variety Live!” above.