Blackout Tuesday Posts Get Backlash for Drowning Out #BlackLivesMatter Information 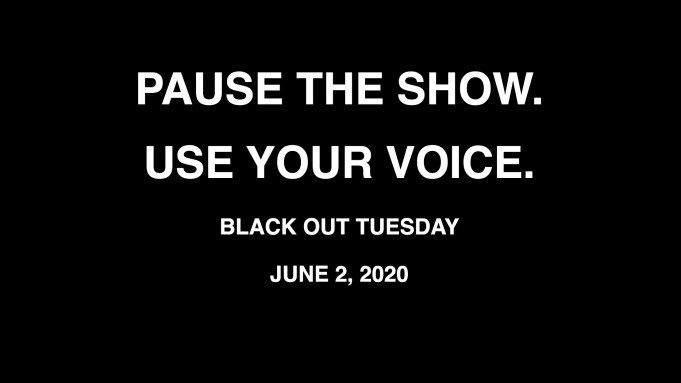 There’s little question that the rollout of Blackout Tuesday, the music industry’s attempt to take a symbolic pause for the day in a statement of solidarity with the black community, was hasty and more than a little haphazard — but the use of the #BlackLivesMatter hashtag by Blackout Tuesday participants has ended up inadvertently suppressing important information about protests, fundraisers and other information important to the movement.

Many social media users have seen their feeds filled with black squares and the hashtag, a number of which seem to be associated with the Blackout Tuesday campaign.

It has come to my attention that many allies are using #BlackLivesMatter hashtag w black image on insta. We know that’s it no intent to harm but to be frank, this essentially does harm the message. We use hashtag to keep ppl updated. PLS stop using the hashtag for black images!! pic.twitter.com/eG2fPaybNW

Writer Anthony James Williams seemed less patient. “Stop posting black squares under the #BlackLivesMatter hashtag on Instagram. It is intentionally and unintentionally hiding critical information we are using on the ground and online…Tell me how this helps Black folk. It doesn’t, and it in fact makes things a lot worse. Tell your friends and fam to stop.”

stop posting black squares under the #BlackLivesMatter hashtag on Instagram. it is intentionally and unintentionally hiding critical information we are using on the ground and online. pic.twitter.com/EIS44aDXXd

Blackout Tuesday is largely the result of #TheShowMustBePaused, an initiative created by Atlantic Records exec Jamila Thomas and Platoon’s Brianna Agyemang (read more about it here). Its post lists several calls to action, including a reading list called “Anti-Racism Resources.“

“Tuesday, June 2 nd is meant to intentionally disrupt the work week,” they wrote. “The music industry is a multi-billion dollar industry. An industry that has profited predominatnly from Black art. Our mission is to hold the industry at large, including major corporations + their partners who benefit from the efforts, struggles and successes of Black people accountable. … This is not just a 24-hour initiative. We are and will be in this fight for the long haul. A plan of action will be announced.”

A large segment of the music industry, including most major companies, quickly embraced the movement, encouraging employees to take the day to learn more about the underlying causes of the past week’s protests in the wake of George Floyd’s death at the hands of Minneapolis police.