‘Black Panther’ Is Leaving Netflix to Come to Disney Plus 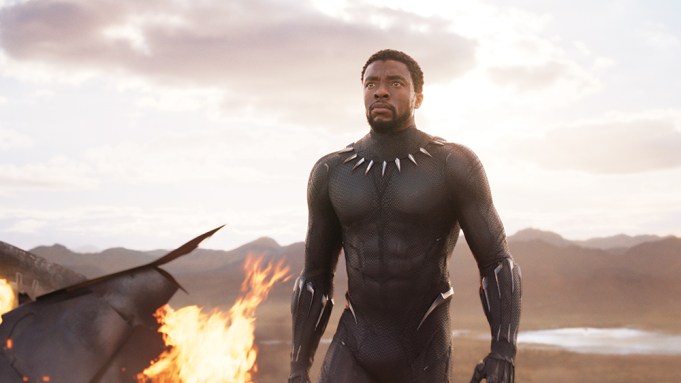 Marvel’s blockbuster “Black Panther” is rolling off Netflix in the U.S. on March 3, 2020 — after which Wakanda fans will be able to stream the movie the next day on Disney Plus.

The migration of “Black Panther,” one of the top-grossing superhero films to date, from Netflix to Disney Plus comes as Disney winds down its output deal with Netflix for the U.S. and Canada. Starting with 2019 new releases, Disney Plus is the exclusive home for subscription VOD access to new releases from Walt Disney Studios, Pixar, Lucasfilm and Marvel. Disney has been steadily reclaiming streaming rights to library titles like “Black Panther.”

Another Disney title leaving Netflix next month is Ava DuVernay’s “A Wrinkle in Time,” which stars Oprah Winfrey, Reese Witherspoon, Mindy Kaling and Storm Reid, streaming on Disney Plus as of March 25.

“Black Panther,” directed by Ryan Coogler, has a nearly all-black cast and stars Chadwick Boseman in the title role alongside Angela Bassett, Michael B. Jordan, Forest Whitaker, Lupita Nyong’o and Danai Gurira. The movie generated $1.35 billion worldwide at the box office in its theatrical release. Last year, the film earned an Oscars nomination for best picture – the first superhero movie ever nominated in the category.

Disney Plus had 28.6 million subscribers as of Feb. 3, about three months after its debut, according to the company. The service is the dedicated streaming home for movies and shows from Disney, Pixar, Marvel, Star Wars, National Geographic and third-party licensed content, plus exclusive originals like “The Mandalorian” and “High School Musical: The Musical: The Series.”

Other library titles coming to Disney Plus next month include “Doctor Dolittle 2,” “Ice Age,” “Bedtime Stories,” “The Finest Hours,” “Three on the Run” and “G-Force.”

Original movie “Stargirl,” a coming-of-age story based on the YA novel of the same name, premieres March 13 on Disney Plus. The film stars singer-songwriter Grace VanderWaal in her film debut alongside Graham Verchere, Karan Brar, Maximiliano Hernandez, Darby Stanchfield and Giancarlo Esposito.