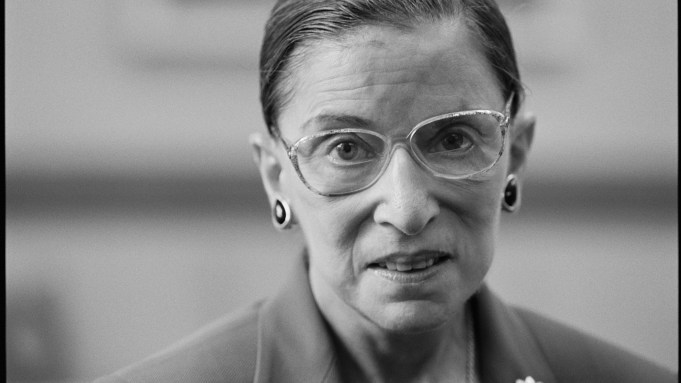 From 9-10 p.m. ET, more than $6.2 million was donated, breaking records in ActBlue’s 16-year history. Then again, from 10-11 p.m. ET, $6.3 million was raised, averaging more than $100,000 per minute, according to The New York Times. Over $45 million was donated to the site before noon on Saturday. The previous record holder for most money donated in an hour came on Aug. 20 after Joe Biden spoke on the final night of the Democratic National Convention, bringing in $4.2 million.

ActBlue publicly tracks all donations on its website, where users can search for causes and candidates to support. According to its real-time tracker, the platform saw a surge in donations following Senate Majority Leader Mitch McConnell’s announcement that he will move forward with a vote to replace Ginsburg.

“President Trump’s nominee will receive a vote on the floor of the United States Senate,” McConnell wrote in a statement regarding Ginsburg’s death.

The senator added that it was a fair decision to vote on Ginsburg’s vacancy close to the election.

“In the last midterm election before Justice Scalia’s death in 2016, Americans elected a Republican Senate majority because we pledged to check and balance the last days of a lame-duck president’s second term. We kept our promise,” he continued. “By contrast, Americans reelected our majority in 2016 and expanded it in 2018, because we pledged to work with President Trump and support his agenda, particularly his outstanding appointments to the federal judiciary.”

On Saturday morning, President Donald Trump echoed the senator’s sentiment, adding that Republicans in the Senate have an “obligation” to confirm a justice “without delay.”

Earlier this month, the president shared his list of possible Supreme Court nominees, which included judges Amy Coney Barrett, Amul Thapar and senators Ted Cruz and Tom Cotton. The president also announced that his nominee will “most likely” be a woman.

While ActBlue doesn’t share where donations go in real-time, the surge in grassroots energy appears focused on the Senate, which holds the power to confirm or block the nominee selected by Trump.