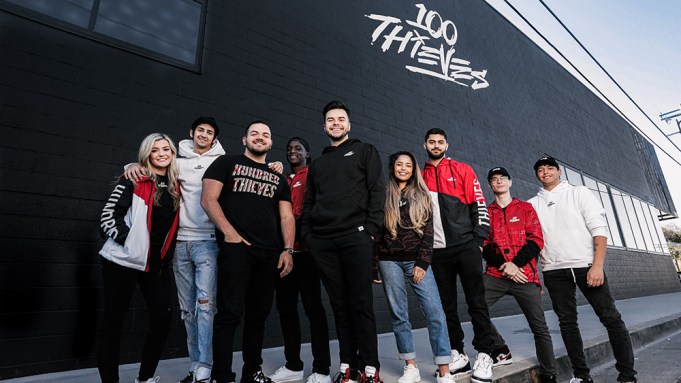 As of Wednesday, popular esports organization 100 Thieves has an official home in Los Angeles.

The group unveiled its new 15,000 square-foot facility, officially named the 100 Thieves Cash App Compound, in a media preview with some of its biggest personalities and owner Scooter Braun on hand. Also in attendance was Jack Dorsey, the CEO of Twitter and Square, the latter of which is the parent company of major 100 Thieves sponsor Cash App. The founder of 100 Thieves, former “Call of Duty” pro Matthew “Nadeshot” Haag, was out sick and did not attend the unveiling.

It’s not uncommon for an esports organization to plant its flag at a facility, giving its players a place to gather and hold practices. But 100 Thieves is taking a fairly different approach, combining its three major verticals — apparel, streaming/entertainment and esports — into one location.

“That’s always been the vision — that we’re gonna be something bigger than just the esports teams,” John Robinson, president and COO of 100 Thieves, said.

Given the success of apparel, entertainment and epsorts, 100 Thieves wanted to elevate their facility.

“Over the course of two years, our vision for this space became much, much bigger as our business was having more success in each of those things,” Robinson told Variety at the media preview. “We were originally looking for 8,000 square feet, then 10,000. Then were were like, ‘Oh, let’s get 15 so we can actually hold everything.'”

That 15,000 square feet consists of four training rooms (one for “League of Legends,” one for “Counter-Strike” and two for “Fortnite”), a production studio, edit bays, streaming rooms, a retail front and an apparel design room. That’s not to mention the basketball court outside, a TV lounge with a couple of arcade games and Haag’s own office, which showed off everything from his X Games gold medal to signed, framed jerseys from NBA players Lonzo Ball and Devin Booker. The facility, Robinson said, was in part inspired by the approach Rob Dyrdek took to his Fantasy Factory, which combined business operations with recreational activities.

The compound, like other esports facilities, will serve as the “primary home” for 100 Thieves’ players to train, Robinson noted, and the “League of Legends” team was already in the midst of a practicing session during the media tour. In addition to the line of computers where the gamers were perched, the room also featured a large couch in front of a big-screen TV. Chris “Papa Smithy” Smith, the general manager of the “League of Legends” team, said that multi-faceted approach is crucial for the players’ long training days. 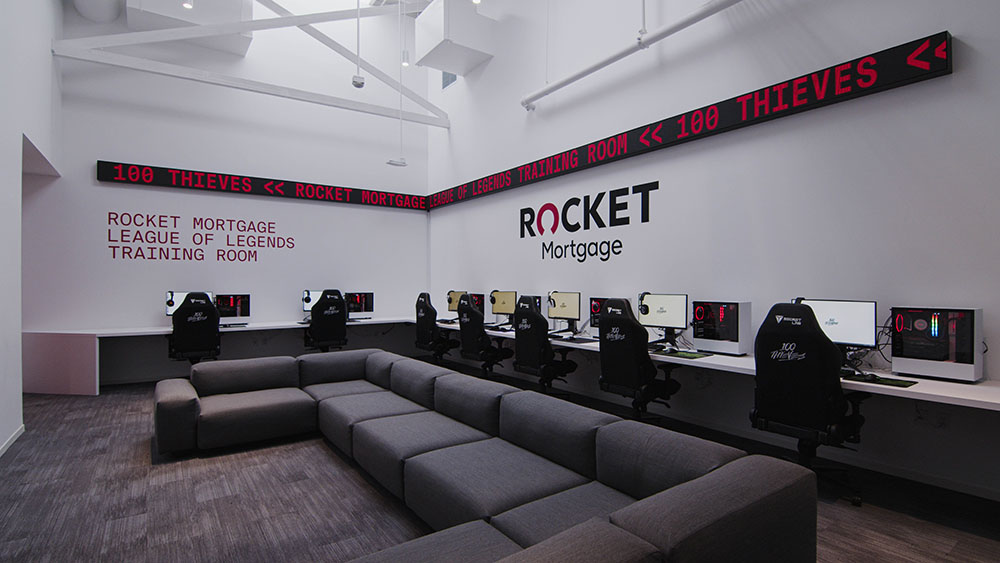 “When people talk about competitive gaming, they don’t really understand the pipeline is six days a week of training, I’d say on average, 10-hour days,” Smith said. “They are really long days, but broken up by playing, review, analysis of future opponents, reviewing your own tape — there’s a lot that goes into it, much like conventional sports. So there needs to be a room here that can allow that to breathe.”

One of the major investments of the facility, however, remains the production studio. Robinson said the organization spent more than $500,000 on it, and has a half dozen shows currently in development. One of the productions that will make its home at the compound is “The CouRage and Nadeshot Show,” a podcast and YouTube series hosted by Haag and Jack “CouRage” Dunlop.

“This is obviously a dream come true for ‘The CouRage and Nadeshot Show’ Season 2, as we’re calling it,” Dunlop said. “And this is the pinnacle of showing off how much 100 Thieves is investing in the content and videos and production capabilities behind the organization.” 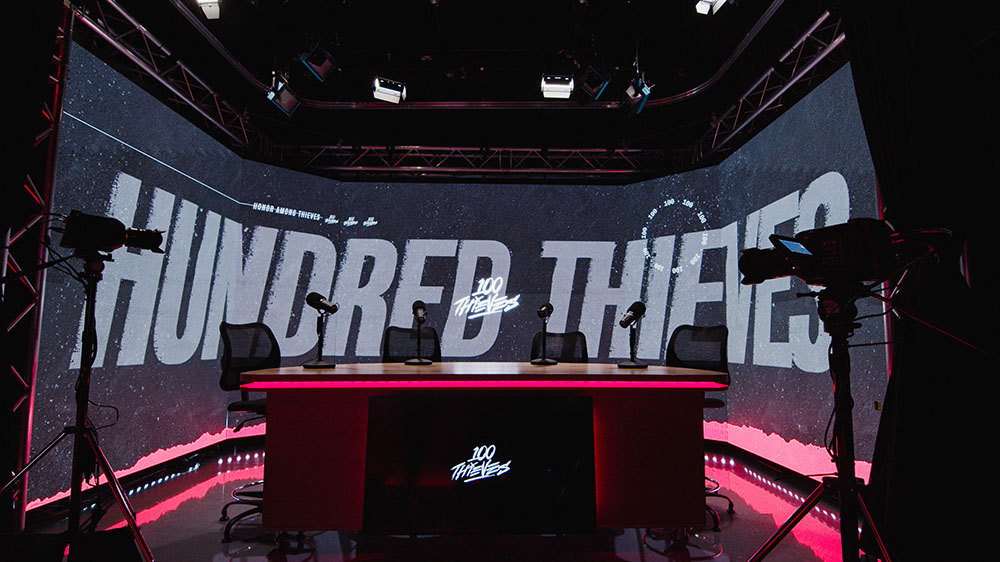 Next to the production studio are streaming rooms, where one of 100 Thieves’ prominent Twitch gamers, BrookeAB, was already live.

As far as its retail operation in the front of the facility goes, 100 Thieves — known for selling out of online apparel debuts within minutes, frustrating fans who aren’t parked at a computer — will have its first physical apparel drop in February at the location. The idea is for the fans “to really come in and experience the place,” Robinson said, with 100 Thieves players and entertainers coming out to the front area and greeting fans.

Haag hasn’t ruled out 100 Thieves getting involved in other games, and Robinson said the facility could expand if needed. But for now, the organization’s laser-focused on its three esports, its apparel brand and content creation.

“We’ve been really focused,” he said. “We want to win championships in esports, make great apparel and make great content. So we don’t want to be in eight games or ten games. We want to play in the games that we think matter and have really, really good teams.”